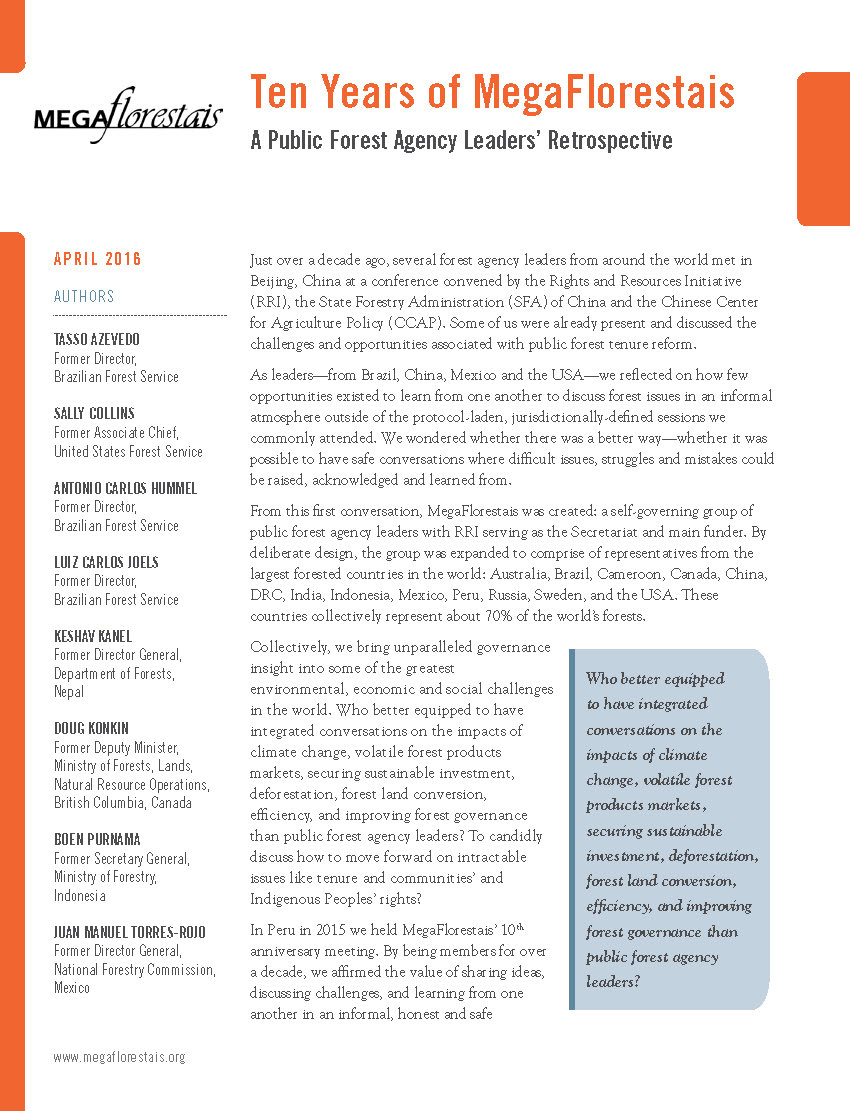 Just over a decade ago, several forest agency leaders from around the world met in Beijing, China at a conference convened by the Rights and Resources Initiative (RRI), the State Forestry Administration (SFA) of China and the Chinese Center for Agriculture Policy (CCAP). As leaders—from Brazil, China, Mexico and the USA—we reflected on how few opportunities existed to learn from one another to discuss forest issues in an informal atmosphere outside of the protocol-laden, jurisdictionally-defined sessions we commonly attended. We wondered whether there was a better way—whether it was possible to have safe conversations where difficult issues, struggles and mistakes could be raised, acknowledged and learned from.

From this first conversation, MegaFlorestais was created: a self-governing group of public forest agency leaders with RRI serving as the Secretariat and main funder.

The period of 2005-2015 brought changes in forest governance, the status of forest ownership, the health of the world’s forests and the global context within which forestry decisions are made. But much has remained the same. Was MegaFlorestais a factor? What can be learned from reflecting on these changes in a decade?

Read the retrospective in Spanish, French, or Chinese.