RRI also launched the Path to Scale, its new initiative to scale up global action on collective land and resource rights.

Despite having customary rights to over half of the planet’s terrestrial area, Indigenous Peoples, local communities and Afro-descendant Peoples legally own just 10% of their lands. Addressing this ownership gap to tackle climate change and biodiversity loss was on the agenda at a high-level discussion convened by RRI and the FCDO, UK on September 16, 2021.

The discussion focused on strategies to radically change the current financial architecture for climate and conservation to advance collective land and resource rights. Over 300 participants from 63 countries, from rural Kenya and India to the Ecuadorian Amazon and Australia, joined virtually with Indigenous and community leaders, conservationists, private sector philanthropies and government ministers.

Highlights of the event included powerful remarks from U.S. Interior Secretary Deb Haaland; Rt Hon. Lord Zac Goldsmith of Richmond Park, British Minister for the Environment and the Pacific; and Tuntiak Katan, Indigenous Shuar of Ecuador and General Coordinator for the Global Alliance for Territorial Communities. Other speakers included Peru’s former minister for the environment, Fabiola Muñoz Dodero; Pastoralist Maasai leader Stanley Kimaren Ole Riamit; Nepali Indigenous leader Pasang Dolma Sherpa; and Wildlife Conservation Society’s President and CEO Cristián Samper, who is also an Advisor to the Bezos Earth Fund. They engaged in a candid dialogue on why there can be no effective solution to the planet’s climate and conservation crises without Indigenous and community leadership.

During the discussion, Dr. Solange Bandiaky-Badji, Coordinator of RRI, introduced the Path to Scale – a new network of donors and financial institutions to further global climate, conservation and livelihood goals through securing land rights for Indigenous Peoples, local communities and Afro-descendant Peoples. Path to Scale, which is coordinated by the Rights and Resources Group, embodies a missing mechanism in the fight to garner funding, support and coordination to directly support local initiatives to advance the legal rights of Indigenous Peoples and local communities.

The rights of Indigenous Peoples, Afro-descendent Peoples and local communities are “an inescapable foundation of conservation,” said journalist Fred Pearce who moderated the event. Secretary Haaland emphasized the fact that Indigenous Peoples and local communities know their lands better than any outside actor and should be recognized as the most capable stewards of sustainability on their lands.

“[Indigenous Peoples] have cared for the lands and waters for generations. It’s through valuing and using Indigenous knowledge and stewardship that our world can usher in a new era in which we restore balance to our natural world.”  – U.S. Secretary for the Interior, Deb Haaland

Dr. Solange Bandiaky-Badji contextualized Secretary Haaland’s remarks with RRI’s recent research. Indigenous Peoples, local communities and Afro-descendent Peoples account for 1.8 billion of the world’s population, and protect, steward and lay claim to over half of the world’s forests. According to recent research, their lands – particularly when titled – show far higher rates of carbon storage and lower rates of deforestation than other areas, whether protected or unprotected. Dr. Bandiaky-Badji said that securing tenure rights in 24 of the most forested countries could help capture carbon equal to a quarter of global emissions in 2021. Rights-based conservation not only makes climate sense, but financial sense as well. The cost of resettling local communities soars above the cost of investing in protecting their lands — making rights-based conservation a win-win.

The panel discussion revolved around one central premise: to change the direction of global climate and conservation conversations, we need to focus on collective land rights and to work directly with local structures and organizations already in place. An old adage was repeated: There is no need to reinvent the wheel. Effective rightsholders organizations fighting for land rights already exist. Participants stressed that support for them must also be holistic, focusing on strengthening their capacities and enhancing their livelihoods — not just on carbon and biodiversity.

Below are some of the highlighted quotes from the discussion.

“We will only be able to help the natural world recover if those who depend on nature most directly and who understand nature most deeply are at the heart of protecting and restoring it. You are more effective at protecting biodiversity and avoiding deforestation than governments; we know that…It is a gigantic missed opportunity that such a minuscule amount of funding goes toward protecting land rights.”

“We don’t want to see any more commitments written down on paper, we need to see more. We need concrete action in our territories. Land rights, legal rights, land titles. We aren’t only thinking about carbon — we think more holistically. It’s nature, biodiversity, our culture and systems.”

“Deforestation is worse where there are no assigned rights because communities need legal rights with associated predictability and sustainability in order to defend their territories.”

“The Maasai are ‘people of the land and the skies’ who have experienced the violation of their land rights, initially by colonial settlers and then by fortress-like conservation areas…Kenya has had a Community Land Act for five years, and in that time only six communities have had their rights recognized…It’s like death by text recognition: you are recognized but you have nothing to show for it.”

“Unfortunately, so far, the present architects which deal with climate change and conversation continue to violate Indigenous rights. All are either focused on biodiversity or carbon. Indigenous rights appear to be a side issue. None are focused on just supporting us, concerned with our rights, protection of our values and knowledge systems which have safeguarded the Earth for centuries.”

“It is shocking how little climate finance is channeled to Indigenous and local communities’ rights. It’s something we’re taking very seriously and hope to change at COPs this fall. There’s a big opportunity to link local action with global progress on these issues.”

​​“Traditional finance mechanisms tend to look at local communities only as beneficiaries and not as actors with their own right to decide. So, we have come up with a financing structure that is trustworthy and transparent and less costly than those that come from large financing organizations.”

On the question — what can be done? – Tuntiak Katan emphasized the need to utilize existing Indigenous and community structures on the lands targeted for protection, as opposed to relying on international NGOs.

“The solution is here,” he said, citing his organization COICA, a collective of Indigenous organizations in the Amazon River Basin, and the Mesoamerican Alliance of Peoples and Forests as examples. “Invest more in the territories — 80% in the territories and 20% for the operation of initiatives. Right now, the percentage is the opposite.”

“We do not need to reinvent the wheel. We need to strengthen what we already have.”

Tuntiak concluded his remarks with this powerful message:

“Our message for the world is to focus on land titling. We already have initiatives here. We are ready. Please join us in our efforts. We are on our way to Glasgow to raise our voices. Let’s move past commitments on paper, let’s not fund mechanisms that don’t work. Let’s support land titling and recognition of conservation zones that we have in Indigenous lands.” 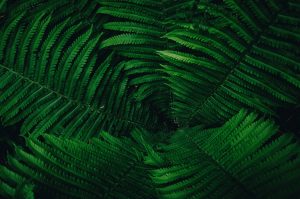 Dr. Solange Bandiaky-Badji to serve as next Coordinator of RRI and President of RRG 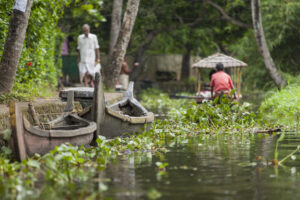