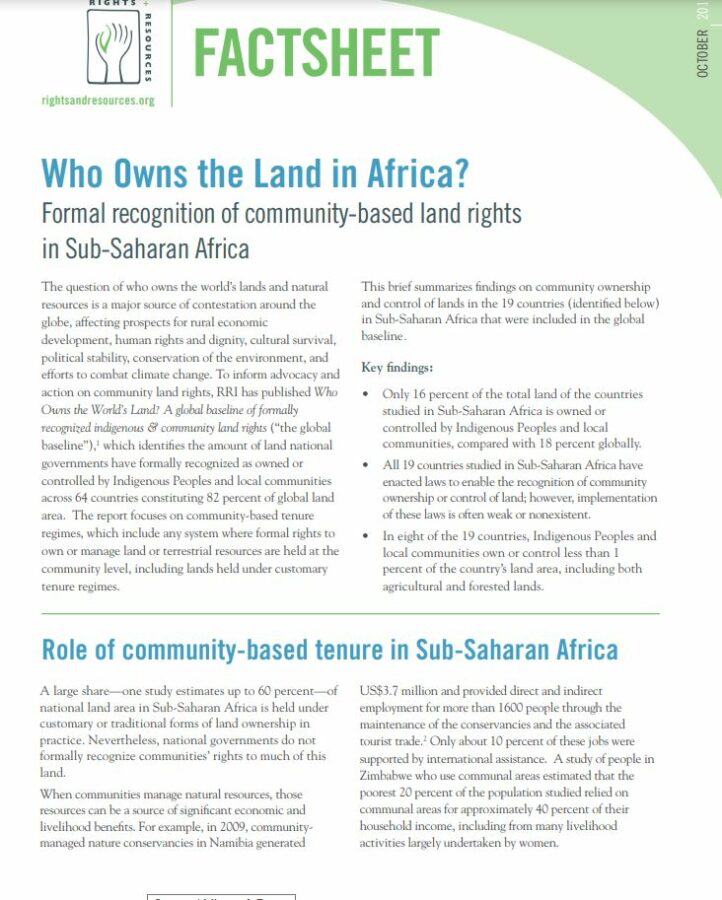 The question of who owns the world’s lands and natural resources is a major source of contestation around the globe, affecting prospects for rural economic development, human rights and dignity, cultural survival, political stability, conservation of the environment, and efforts to combat climate change. To inform advocacy and action on community land rights, RRI has published Who Owns the World’s Land? A global baseline of formally recognized indigenous & community land rights (“the global baseline”), which identifies the amount of land national governments have formally recognized as owned or controlled by Indigenous Peoples and local communities across 64 countries constituting 82 percent of global land area. The report focuses on community-based tenure regimes, which include any system where formal rights to own or manage land or terrestrial resources are held at the community level, including lands held under customary tenure regimes.

This brief summarizes findings on community ownership and control of lands in the 19 countries in Sub-Saharan Africa that were included in the global baseline.

Who Owns the World’s Land? A global baseline of formally recognized indigenous and community land rights