Analyses
Gujarat: Promise and Performance of the Forest Rights Act, 2006 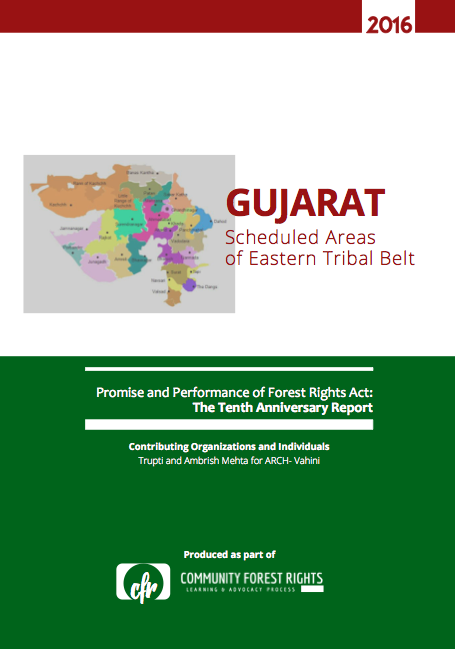 In December, 2006, both the houses of the Indian Parliament unanimously passed the historic Scheduled Tribes and Other Traditional Forest Dwellers (Recognition of Forest Rights) Act, 2006, known as Forest Rights Act (FRA), in short. Rules under the Act were notified in December 2007, and from 1 st January 2008, the Act became effective for implementation in all the states of India excepting Jammu and Kashmir. The Act states in its Preamble that rights of the Scheduled Tribes (STs) and the Other Traditional Forest Dwellers (OTFDs) on their ancestral lands and habitats were not recognised in the consolidation of state forests during colonial rule as well as in Independent India. This resulted in historical injustice to these communities who are integral to the survival and sustainability of the forest ecosystem. Recognising and vesting of these rights is, thus, the primary objective of this Act.

At present, Gujarat remains in the middle rung with regards to implementation of the Act. In the Scheduled Areas, approval rates of individual rights are on an average 40%; the filing of CFR claims is very low when compared to potential claims. One positive aspect of the process of implementation of FRA in Gujarat is that it is one of the few states where CFR rights in a Sanctuary (the Shoolpaneshwar wildlife sanctuary) have been recognised.