One year ago the world was shocked and saddened by the assassination of Berta Cáceres, a high-profile Honduran land rights activist and former Goldman Prize winner, who was targeted for leading the opposition against a project to construct a dam on community lands. The murder of Cáceres underscored the vulnerability of indigenous leaders, and in particular indigenous women leaders, who face violence and criminalization for defending their communities’ lands and livelihoods.

Indigenous Peoples and local communities live on and manage up to two-thirds of the world’s land, but have secure legal rights to just one-fifth of the territories they claim. In 2016, communities continued to mobilize at the local, national, and global levels to demand respect for their land and resource rights. Yet these communities face ever increasing violence and persecution globally—both for their activism and for simply living on land coveted by others.

The targeting and murder of land rights defenders not only represents a dire human rights crisis; it is also a threat to sustainable development, climate change mitigation efforts, and societal stability. Research from RRI and others has shown that addressing insecure land rights is essential to preventing conflict between communities and investors, preserving massive stores of aboveground carbon, and maintaining rural livelihoods.

In spite of the widespread benefits of secure community land tenure, the targeting of land rights defenders continues. A June 2016 report by Global Witness named 2015 the worst year on record for the killing of environmental and land rights activists: it documented 185 deaths, 122 of them in Latin America. A report by Oxfam International found an increase in attacks against female human rights activists in El Salvador, Guatemala, Honduras, and Mexico.  This unprecedented level of violence continued in 2016. 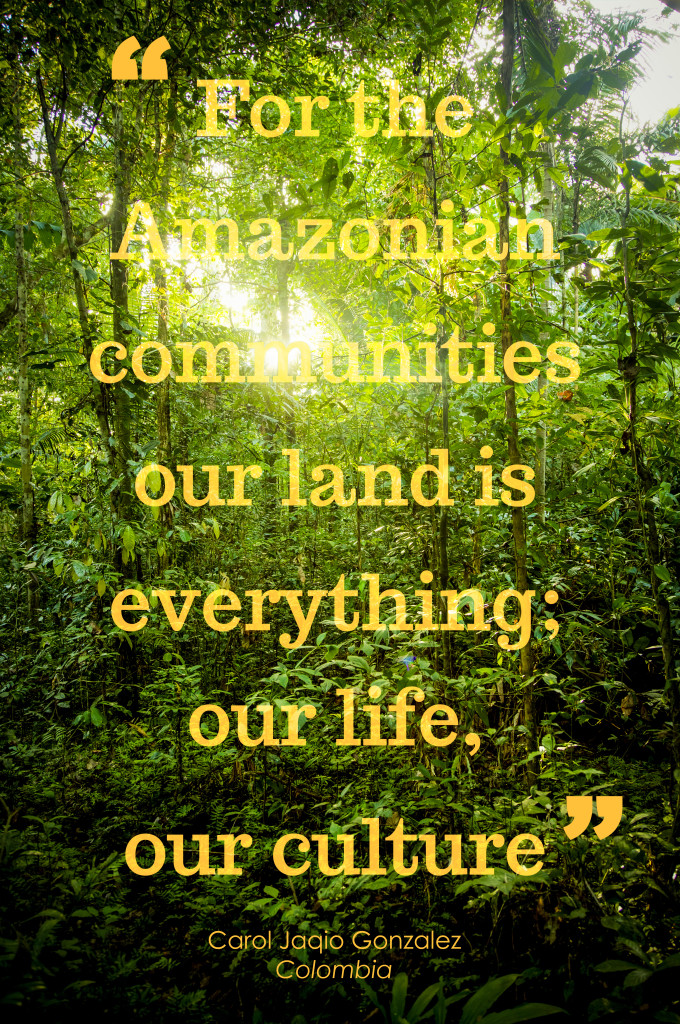 A recent series of killings targeting indigenous activists in Colombia shows how such violence can impede efforts to foster peace. A report by the Colombian NGO Programa Somos Defensores (“We are Defenders Program”) documented 80 murders of human rights activists in 2016, the majority of whom were working to defend indigenous, campesino, and Afro-Colombian groups. Since the historic signing of a peace deal between the Colombian government and the Revolutionary Armed Forces of Colombia (FARC), attacks against community leaders have risen steadily. While the peace deal contains important provisions for rural land reform, the pattern of violence against land rights activists shows that resistance to land restitution by local elites remains powerful. The We Are Defenders report attributes this wave of attacks both to an increase in paramilitary violence as well as the Colombian government’s continued inability to protect its most vulnerable citizens.

While the environment of widespread criminalization and violence that land rights activists face in Colombia and across the globe makes state protection essential, most governments show little interest in taking the steps necessary to protect activists from such reprisals—even in those cases where governments are not complicit in intimidating or targeting activists.

In the case of Berta Cáceres, the Honduran government refused to protect her despite international scrutiny and an explicit request to protect her from the Inter-American Commission on Human Rights.

Yet in the face of daily threats of violence, Cáceres and her colleague Nelson Garcia—who was murdered only a few days after her—refused to let their voices be silenced. One year later, their legacies and those of so many activists live on, their message as urgent as ever: without respect for the rights, cultures, and lands of the world’s Indigenous Peoples, there can be no peace.

In times of increasing political, economic, and social turbulence, recognizing indigenous and community land rights—and the work of the courageous activists defending those rights on the ground—is more urgent than ever. That so many more activists have been killed this past year serves as a grim reminder that those who work to defend community lands must themselves be defended.