“It’s necessary we understand well where our culture is going wrong.”

Two months ago, the Land Rights Standard was launched alongside the UN Climate Change Conference (CoP27) in Egypt—a first-of-its-kind document developed over the course of three years with more than 70 Indigenous, local, and Afro-descendant groups, elegantly but firmly laying out pathways for “taking into account and respecting their distinct and differentiated rights, including their autonomy, priorities, and cosmovision,” as is stated in its preamble.

Now comes the real work: bringing the words of the Standard to life.

One of the first stops on this journey was the UN Convention on Biological Diversity’s 15th Conference of the Parties (UN CBD CoP15). The primary goal of CoP15 was the adoption of a new global biodiversity framework for how countries and institutions can and must preserve biodiversity—and the goal of the creators of the Land Rights Standard is to ensure their rights are included in the framework in all the aforementioned ways.

On the eve of CoP15, Landscape News spoke with Gam Shimray, Secretary-General of the Asia Indigenous Peoples Pact (AIPP) who has been defending and promoting the rights of Indigenous Peoples for almost 30 years (in which time he helped develop the Aichi Biodiversity Targets at the CBD’s CoP10 in 2010). Here, he explicates just how deeply rights, biodiversity and the global future are intertwined.

What is the connection between the Land Rights Standard and biodiversity?

Recognizing and respecting land rights is really the fundamental issue when it comes to biodiversity, and I relate to this from a holistic point of view. In terms of a lot of our spirituality and our culture, and also our rituals as Indigenous Peoples, it all starts with the land. That is also where biodiversity comes in.

Land is the backbone of life, necessary for everything else to thrive, in terms of how we exercise our freedom and our responsibility and how life thrives on the land. It’s the source, or the beginning, of everything for us. Land is the fundamental core issue of everything.

We choose the land, but we then seek the permission of the Creator whether we can settle in this piece of land, which we think is a rich and good land where ecosystems and everything else can thrive. Then, we vow to have a symbiotic relationship with the other beings in the ecosystem. Through this vow, we express our interconnectedness.

Land is sacred because it came before us in the order of things. Land is where we will always take our oaths—in the name of the land. That is an interrelated cycle that should not be broken if we are to uphold the integrity of life. Without this, the relationship disintegrates, and the ecological system, everything we believe in, disintegrates.

How well are humans and biodiversity integrated today? Or, has the cycle you describe been broken?

The erosion and distortion of perspectives is a basic fact, and it is happening everywhere. It is no longer clear what are the core issues and core values and principles we are trying to protect, and how and where things are connected. And once that becomes fuzzy, things begin to fall apart. That is the fundamental challenge that I see.

Since the UN Convention on Biological Diversity’s 10th Conference of the Parties (UN CBD CoP10), which set the Aichi Biodiversity Targets, something we have been strongly emphasizing is the role of culture as a pillar. When we (Indigenous Peoples) say culture is a pillar, we mean that it helps us order the way we do things. It is essential we focus on culture because culture determines our behavior to a large extent.

So if we are talking about changing behavior, or trying to improve our behavior, then it’s necessary that we understand well where our culture is going wrong and where it is trying to find its alignment. That means finding the fundamental principles and core values that provide meaning and some kind of order to hold everything together.

That’s also what the Land Rights Standard is trying to deal with.

Are you concerned that this perspective on culture as a pillar may have been overlooked during CoP15?

I do have my concerns, and I know that it will be very challenging. The Indigenous groups and the Indigenous Peoples that were involved with CoP15 discussed this issue, but it can be very challenging for us to clearly articulate these things because we do not always have the capacity to do it in a way that is effective in an international environment.

But I also trust that our Indigenous friends who were present at CoP15 did their best to make this a very crucial point, as we did at CoP10 in Aichi.

However, many governments and companies often will not understand unless you try to quantify this in monetary terms. So how do we do that?

How was the Land Rights Standard helpful at CoP15 and in work on biodiversity restoration in general?

As well, this Standard has also brought together a combination of Indigenous communities and Indigenous organizations, and also international organizations all rallying around this same point. That really helps to amplify this position.

How would you define the historic relationship between Indigenous Peoples’ culture and the land?

The relationship is very well expressed in the saying of the Karen community in Thailand: “No forests, no life”. Many people say that it is because forests give food, medicine, energy (firewood), materials for construction and weaving, and so on. But there are a lot of beliefs and rituals associated with the forests. The Karen people believe that human spirits are tied with the forest. And when they die, they go back to the forests, and their ancestors live in the forests.

That means that if the forests are destroyed, after you die you have no place to go, and also all of your ancestors’ spirits will be gone. It’s the end of everything for them when forests and biodiversity are gone.

What would you have liked to see from CoP15 to declare the event a success for Indigenous Peoples, land rights and biodiversity altogether?

If the CBD Vision 2050 of Living in Harmony with Nature is to be achieved, then CoP15 would have needed to realize and affirm that a relationship is needed between humans and non-humans in nature. Recognition of Indigenous governance of their lands and territories and conserved areas, and equitable governance of protected-area systems in achieving the 30×30 targets, is very important. Also, recognition of the role of Indigenous leaders and communities as a game-changing solution to achieving the CBD’s targets and establishing genuine partnerships with us, with funding made available, are very important. Finally, protection must be assured for land rights defenders, including access to justice, remedial measures and safeguards 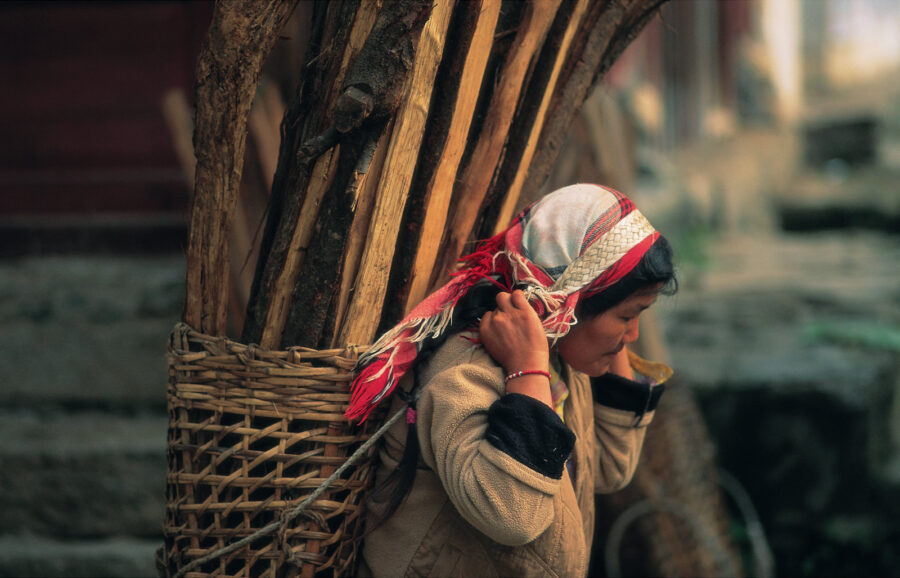 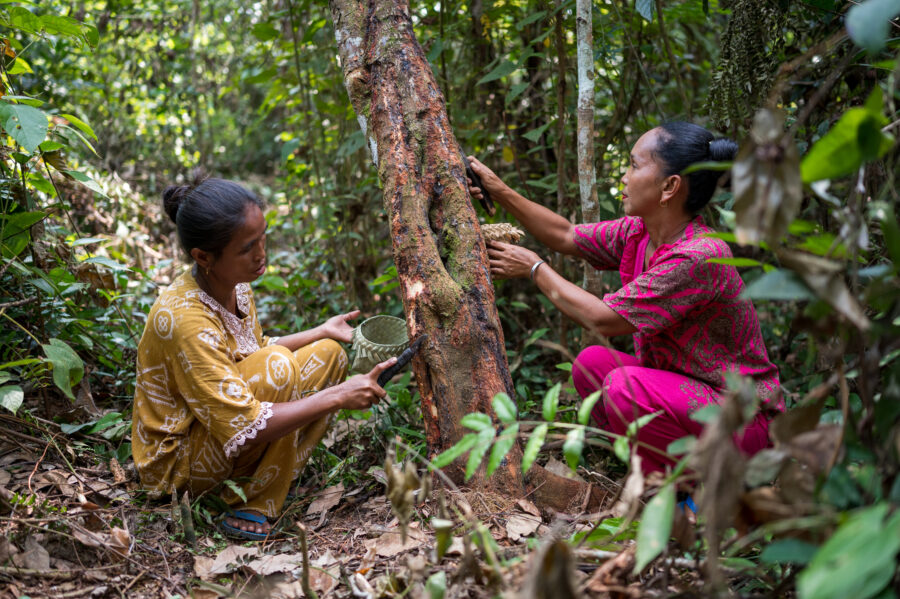 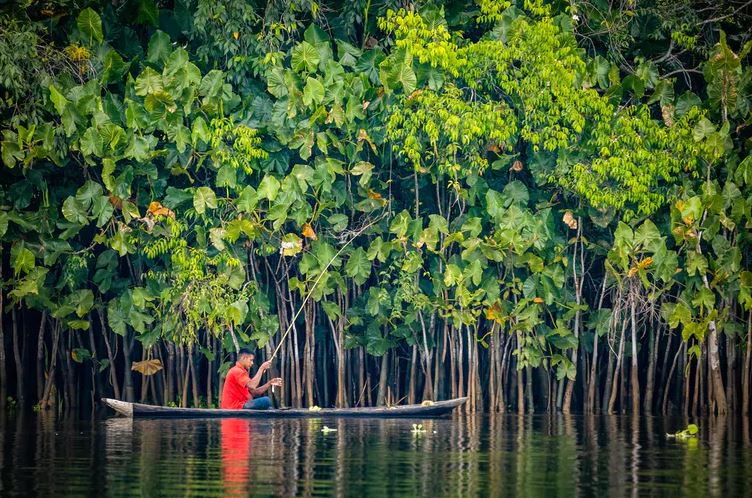 Where’s the money? Dialogue with donors shines light on gaps and opportunities in funding for IPs and LCs 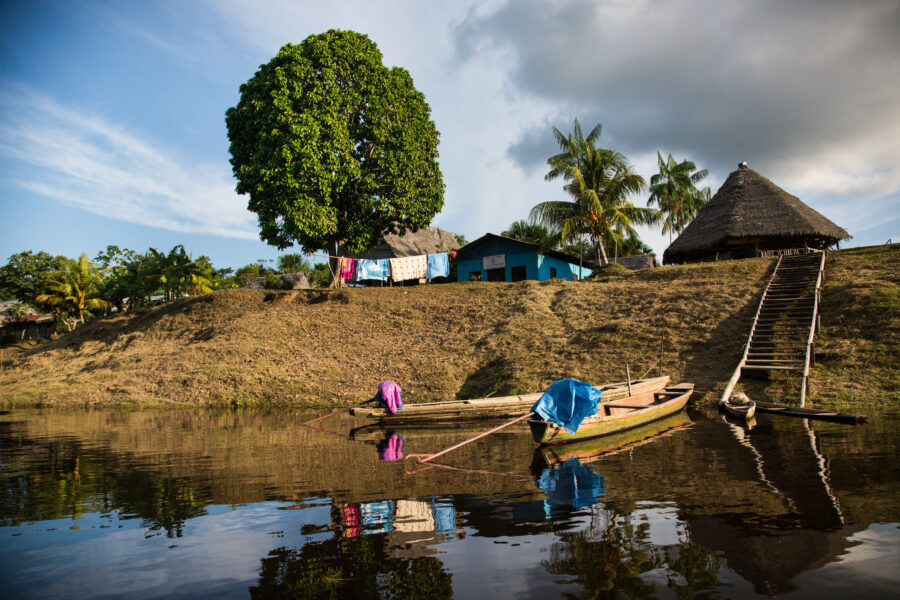 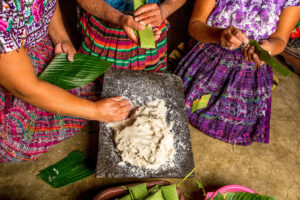