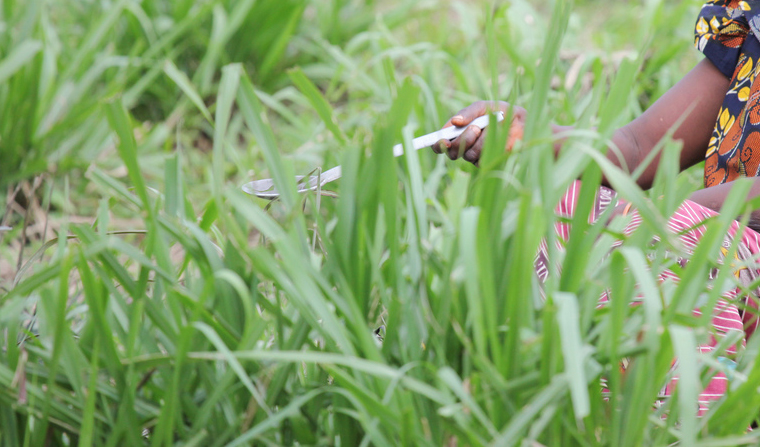 In the Democratic Republic of the Congo (DRC), Indigenous Peoples, local communities, and rural women have long struggled to have their customary rights to their lands and forests formally recognized—but a breakthrough in one province shows that this could be changing at a pivotal moment.

Lack of secure land and forest rights for Indigenous Peoples, local communities, and rural women in DRC is a widespread problem that exacerbates poverty and undermines communities’ livelihoods; foments conflict between investors, the state, and communities; and undermines efforts to preserve DRC’s forests, which hold vast quantities of aboveground tropical forest carbon and are critical to the global struggle against climate change.

Rural and indigenous women are particularly impacted. In many parts of the country, women and girls must rely on male family members to own and inherit land under customary law, rendering them vulnerable to disenfranchisement when they are widowed or unmarried. Given the crucial role that rural women play in managing resources, the lack of land and forest rights for women in particular undermines efforts to address poverty, sustainable development, and local livelihoods.

While the Coalition of Women Leaders for the Environment and Sustainable Development (CFLEDD) has long worked to address this rights gap by breaking the mold and fostering positive change in DRC, its most recent campaign represents a breakthrough. CFLEDD, with backing from RRI, has worked since 2016 to advocate and campaign with government officials, lawmakers, and communities for provincial decrees that would address this gap between women’s legally recognized rights and the reality on the ground. Given that no national legal framework is in place to recognize and protect the land and forest rights of women, provincial decrees are powerful tools to scale up recognition and protect rights. In large part, this is due to the nature of the relationship between provincial level government officials and lawmakers and the communities they serve. Provincial-level governments work closely with their constituencies, and thus are better able to understand and implement decrees effectively.

On May 4, 2018, CFLEDD’s efforts led to an unprecedented success when the government of the province of Equateur adopted DRC’s first and (to date) only provincial decree that protects women’s land and forest rights. With the decree in place, women in Equateur can now own land—a momentous achievement at the local level.

Beyond Equateur, however, CFLEDD is building on this success by advocating for the adoption of similar decrees in other provinces to rapidly expand the recognition of women’s land and forest rights. Led by CFLEDD, similar efforts are already underway in Mai-Ndombe, Sud Kivu, and Kongo Central. Their success comes at an opportune moment in DRC, as a national-level land reform process is underway. In addition to using the Equateur provincial decree as a model for other provinces, CFLEDD is using this legal framework as a building block in their national strategy to influence the 2018 land reform process for the advancement of the land rights of Indigenous Peoples, local communities, and rural women. As the government organizes thematic groups to tackle different components of the land reform process, CFLEDD—which is comprised of many local organizations that are based throughout DRC—is positioned to contribute to and lead the group related to women and Indigenous People’s rights.

CFLEDD’s well-organized, collaborative, and ultimately successful effort to pass the first provincial decree in DRC recognizing the land and forest rights of women presents a model for scaling the recognition of rights in DRC at the national level. With the land reform process now underway, CFLEDD’s success in Equateur could be a game changer for recognizing women’s land and forest rights in DRC—and by extension conserving vital tropical forests, improving local livelihoods, and preventing conflict.

About the authors: Chouchouna Losale is the vice-coordinator and program officer for the Coalition of Women Leaders for the Environment and Sustainable Development (CFLEDD). She can be reached at chouchounalosale [at] gmail.com for any questions about this project. Molly Rose Freeman Cyr is a former Africa Program Associate for the Rights and Resources Initiative (RRI) and currently works as an independent consultant.