Blood in the jungle, we demand justice.

The following is a Human Rights Emergency Declaration for Indigenous defenders of the Amazon written by COICA and endorsed by its member organizations. It is a call to action for governments of the nine Amazonian countries, international human rights organizations, and organizations and allies of human rights defenders including the United Nations (UN), the Inter-American Court of Human Rights (IACHR), and the Economic Commission for Latin America and the Caribbean (ECLAC).

A message from the Coordinator of the Indigenous Organizations of the Amazon Basin (COICA) and its member organizations from nine countries in the Amazon basin:

The alarming and systematic murders of our Indigenous brothers and sisters in Amazonian countries demonstrates a clear violation of human rights which has been aggravated in the context of the COVID-19 pandemic. The strength and survival of Indigenous Peoples and the protection of the Amazon is being threatened.

In 2020, 263 murders of human rights defenders were recorded in Latin America, 202 (77%) of which occurred in countries in the Amazon Basin (Bolivia, Brazil, Colombia, and Peru).

Also in 2020, 69% of the murders were of leaders working to defend the environment and the rights and territories of Indigenous Peoples.

The first quarter of 2021 alone recorded 19 murders of Indigenous brothers and sisters (Colombia and Peru) who were defending the rights of Indigenous Peoples and Mother Nature.

Behind the murders of Indigenous Peoples advocating for human rights and Mother Nature, there are structural problems directly linked to the progress of extractive activities that align with the interests of corporations with state agreements that promote hydrocarbon extraction, indiscriminate mining, aggressive deforestation, drug trafficking, increased militarization, and the continuation of an armed conflict that has been diplomatically silenced, thus threatening the physical and cultural integrity of Indigenous Peoples, Afro-descendant Peoples, and local communities.

Since most of the murders have occurred as a result of defending territory and carrying out actions in favor of land titling, the lack of titling of Indigenous territories represents one of the greatest threats.

The Inter-American Court of Human Rights (IACHR) has established that this loss of leaders damages the social fabric of Indigenous Peoples and represents an expressed will to silence voices, thus disrupting the organization and organizational structure because it hinders the ability to express concerns about issues affecting communities.

The right to life is the most important human right since it is on the basis of this right that all other rights are realized. It is enshrined in Article 4 of the American Convention on Human Rights (ACHR), Article 6 of the International Covenant on Civil and Political Rights (ICCPR), and Article 3 of the Universal Declaration of Human Rights (UDHR). Thus, IACHR establishes that the right to life is a “fundamental human right, the enjoyment of which is a prerequisite for the enjoyment of all other human rights. If it is not respected, all rights are meaningless.”

In accordance with ILO Convention 169 on Indigenous and Tribal Peoples, Article 2 establishes that “governments, with the participation of the peoples concerned, shall assume the responsibility to develop coordinated and systematic action to protect the rights of these peoples and ensure respect for their integrity”.

In Article 7, the United Nations Declaration on the Rights of Indigenous Peoples (UNDRIP), states that “Indigenous individuals have the right to life, physical and mental integrity, liberty and security of person.” It further determines that “Indigenous Peoples, in exercising their right to self-determination, have the right to autonomy or self-government in matters relating to their internal and local affairs, as well as ways and means for financing their autonomous functions.”

COICA is an organization of international convergence representing more than 511 Indigenous Peoples (including 66 in a situation of isolation and initial contact) that focuses its efforts on the promotion, protection, and security of Indigenous territories in line with specific ways of life, principles, and social, spiritual, cultural, political, and economic values.

In view of the above, and in response to the evident human rights violations of the Indigenous Peoples in the Amazon basin, WE HEREBY RESOLVE TO:

WE HEREBY DEMAND that the governments of the 9 Amazonian countries:

In accordance with the international organizations’ functions and competencies, WE HEREBY DEMAND THAT:

Finally, WE CALL UPON international human rights organizations, as well as organizations and allies that defend the lives of defenders, to join us and implement an action plan in order to safeguard the lives of Indigenous leaders in the Amazon whose only objectives are to protect territory and preserve the world’s largest tropical forest for current and future generations.

It is time to stop hiding the blood and pain of Amazonian territories which bear the murders of our brothers and sisters in impunity, jeopardizing the survival of Indigenous Peoples.

COICA Board of Directors

For additional information on how to get involved and take action today, visit COICA Amazonía’s website (available in Spanish only). 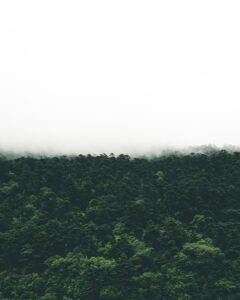 “We are going to kill you”: Indigenous activist’s life in danger after opposing destruction of Peruvian Amazon