Analyses
Tenure and Investment in Africa 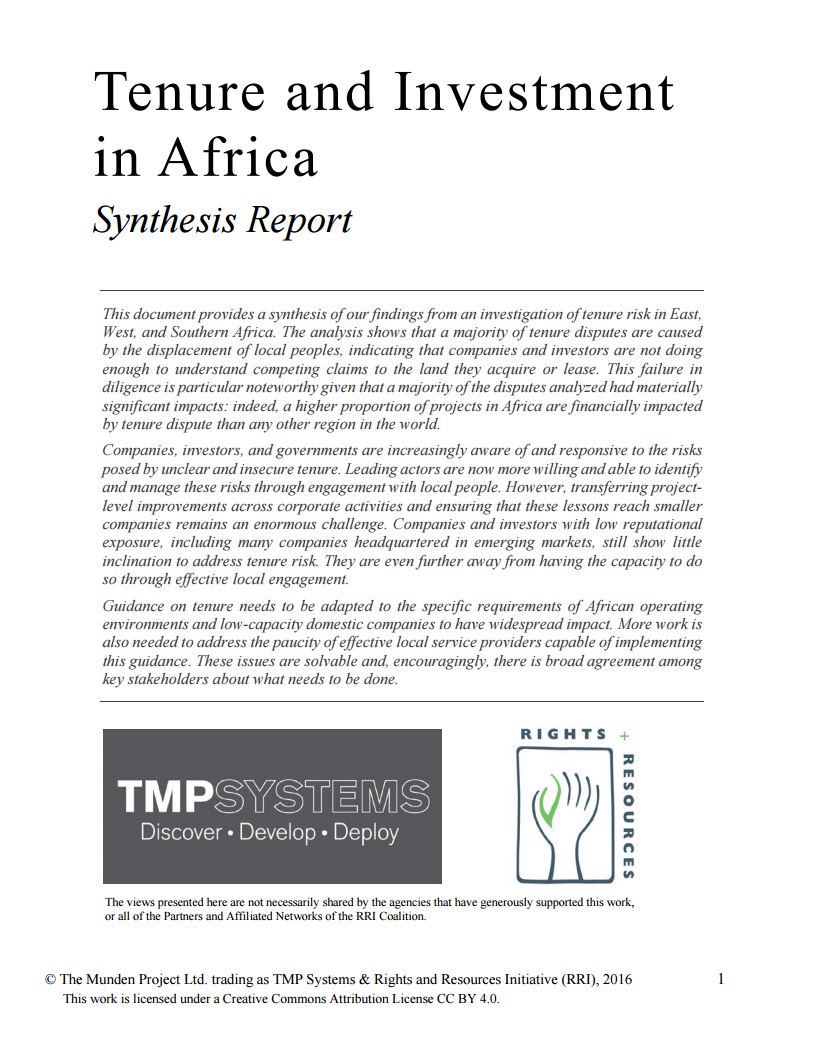 This synthesis of our findings from an investigation of tenure risk in East, West, and Southern Africa, shows that a majority of tenure disputes are caused by the displacement of local peoples, indicating that companies and investors are not doing enough to understand competing claims to the land they acquire or lease. This failure in diligence is particularly noteworthy given that a majority of the disputes analyzed had materially significant impacts: indeed, a higher proportion of projects in Africa are financially impacted by tenure dispute than any other region in the world.