Analyses
Odisha: Promise and Performance of the Forest Rights Act, 2006 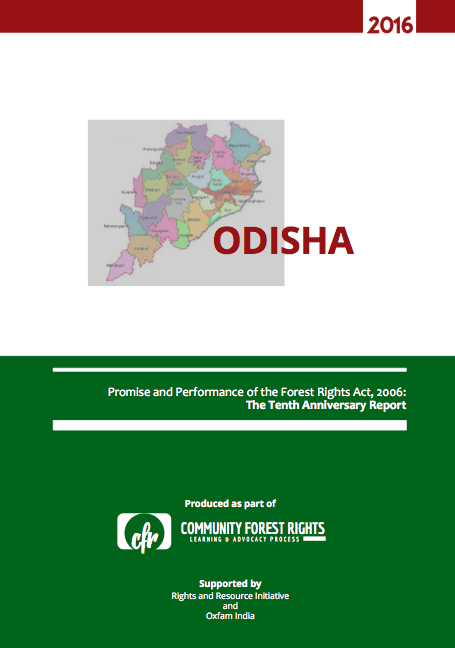 In 2006, the Indian Parliament enacted The Scheduled Tribes and Other Traditional Forest Dwellers (Recognition of Forest Rights) Act, 2006 (referred as the Forest Rights Act (FRA)), a unique emancipatory law with the potential to transform the lives and livelihoods of more than 150 million Forest-dependent people. The law vests a number of rights over forest lands with forest dependent Scheduled Tribes (STs) and Other Traditional Forest Dwellers (OTFDs), including individual rights over forest lands, community rights and the rights to protect and manage Community Forest Resources within traditional or customary boundaries of the village. The most critical right, which has a bearing on forest governance and the welfare of tribals and forest dwellers, is that of Community Forest Resource Rights.

The law has special significance for Odisha where as much as 37.34% of land area is classified as legally recorded forests. The state is home to 62 Scheduled Tribes constituting over 22.8% of its population. Both STs and OTFDs in Odisha are critically dependent on forest lands for their livelihood and survival, a fact ignored in the creation of Odisha’s legal forests. Odisha’s history in the creation of legal forests has been replete with historical injustices against tribals and other forest dwellers, including non-recognition of both individual rights and community rights. The processes through which dispossession of STs and OTFDs has taken place is well-documented. The situation was especially grim in the tribal districts, where legal forests were created without recognition of customary rights, despite strong claims by tribal communities to ancestral rights over their customary territories. The outcomes have been tragic for tribal communities as well as for forests.