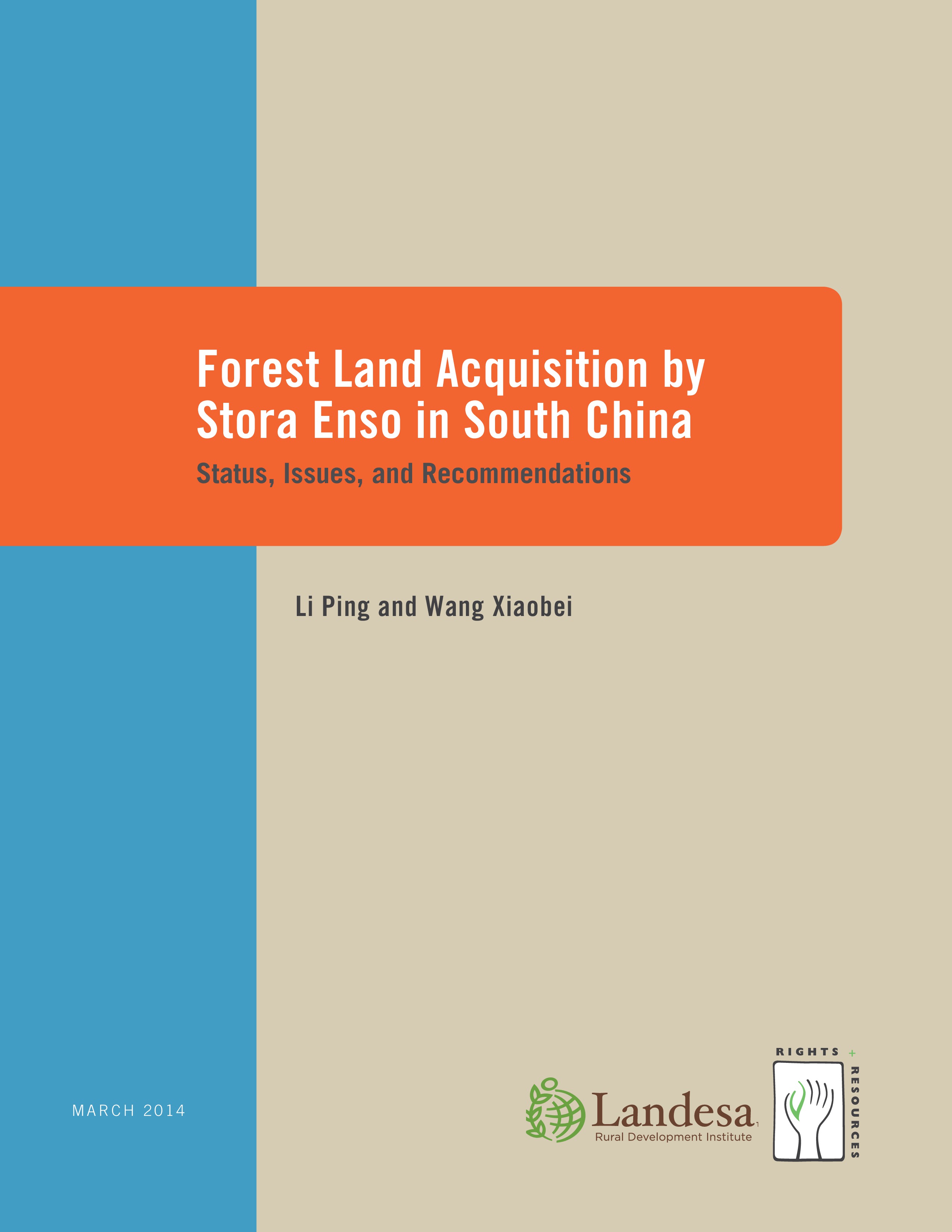 This report—a follow-up to our 2010 investigation on Stora Enso’s land acquisition in China, which revealed violations of forest farmers’ property rights—assesses the company’s efforts to address rights infringements identified in 2010.

Prepared with Landesa, the report identifies several corrective actions taken by Stora Enso to remedy the situation, including suspending further acquisition of collective forest land, making corrections to 35 percent of its existing contracts, and launching an internal screening and correction process for existing contracts. Despite these measures, however, a number of legal and operational flaws in these corrective actions were found and many issues remain unresolved.