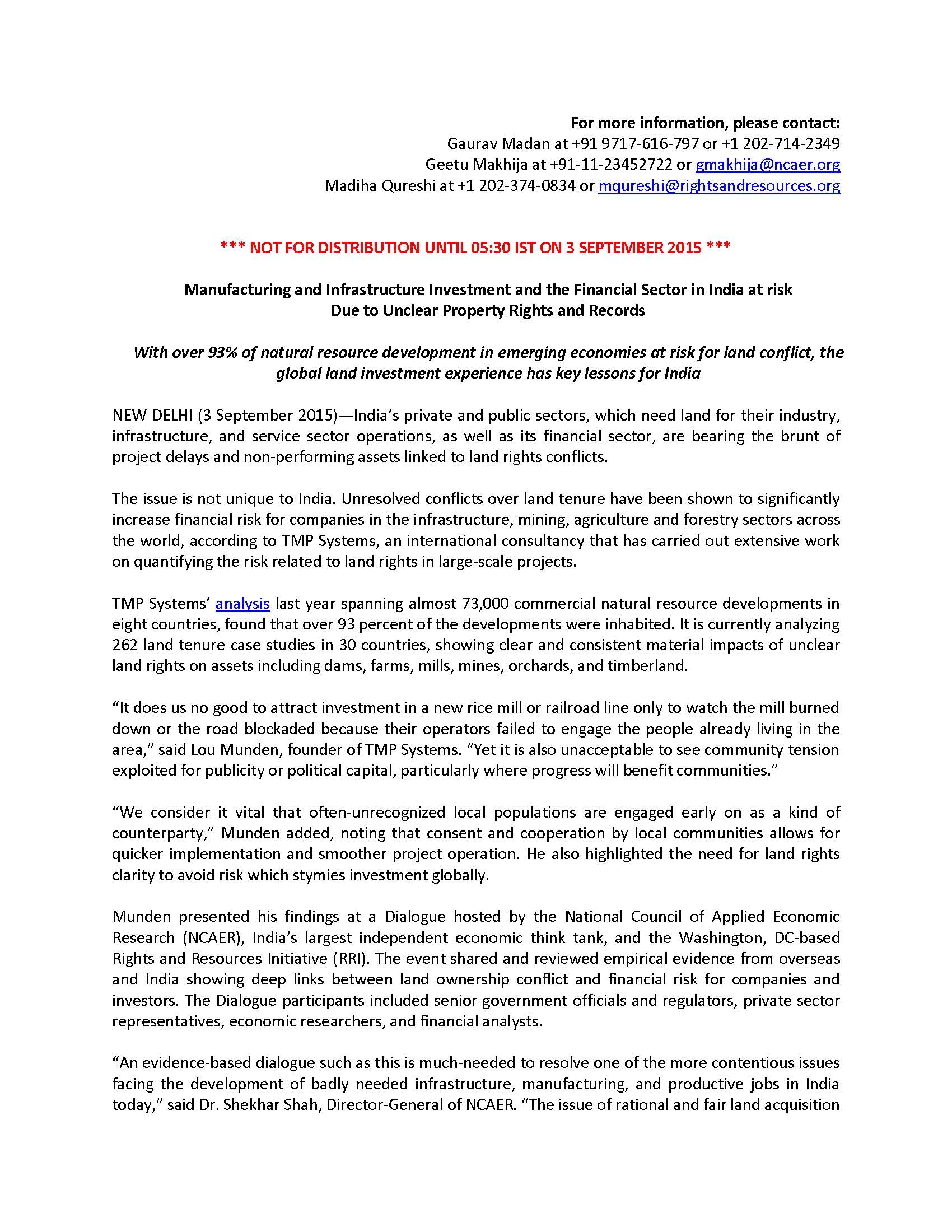 A new global study, released on the eve of a major land rights summit, reveals that Indigenous Peoples and local communities lack legal rights to almost three quarters of their traditional lands, despite claiming or having customary use of up to 65 percent of the world’s land area.