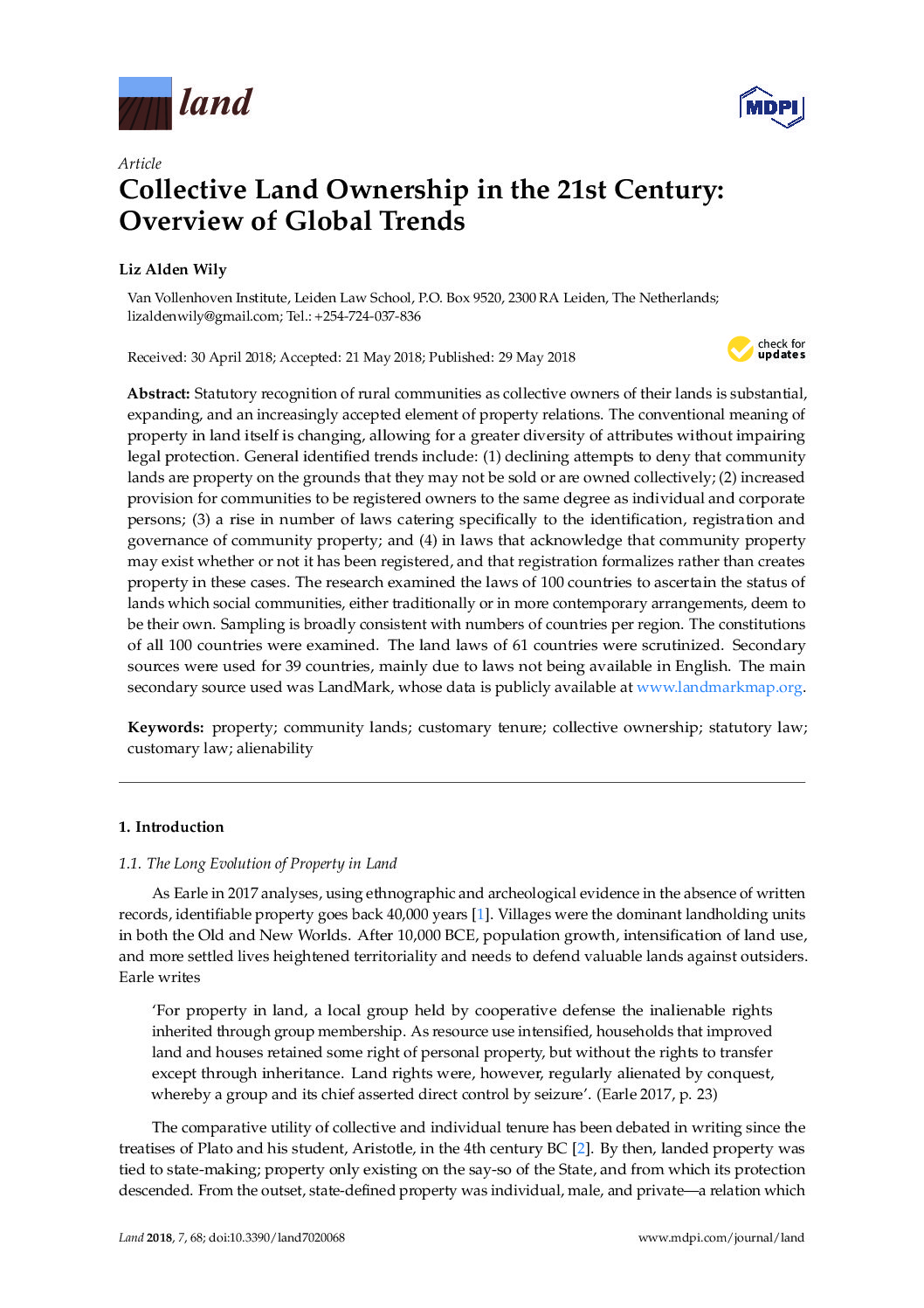 Statutory recognition of rural communities as collective owners of their lands is substantial, expanding, and an increasingly accepted element of property relations. The conventional meaning of property in land itself is changing, allowing for a greater diversity of attributes without impairing legal protection.

The research examined the laws of 100 countries to ascertain the status of lands which social communities, either traditionally or in more contemporary arrangements, deem to be their own. Sampling is broadly consistent with numbers of countries per region. The constitutions of all 100 countries were examined. The land laws of 61 countries were scrutinized. Secondary sources were used for 39 countries, mainly due to laws not being available in English. The main secondary source used was LandMark, whose data is publicly available at www.landmarkmap.org.