Read the latest news and activities of the RRI Coalition. Learn more about our impact by theme or region.

Across the world, the outbreak of COVID-19 has created unprecedented challenges for RRI members and their communities. In many cases though, it has also led to opportunities for empowering local communities. This was the case for Social Entrepreneurs for Sustainable Development (SESDev), a Liberian non-profit that works on natural resource governance rights.

There is no political empowerment without economic empowerment. That was the principle behind a 2019 strategy by RRI’s Latin America coalition to analyze economic systems based on communities' own concepts of development within their collective tenure systems.

The Amazon’s peoples and representative organizations, threatened by the ongoing pandemic, are calling upon supporters across the world to join their fight to protect the Amazonian territories from this crisis. The virtual gathering, "The Jungle Screams: Voices of the Amazon," will analyze and build proposals to fight Covid-19, climate change, patriarchy, gender-based violence, and political systems that hijack democracy. This event is open to participation.

As rising pollution levels, accelerating climate change, and population growth accumulate pressure on the world’s freshwater resources, there has never been a greater need to legally secure the freshwater rights of the Indigenous peoples and local communities who claim and steward over half of the world’s land — including vital watersheds that sustain healthy aquatic and terrestrial ecosystems. 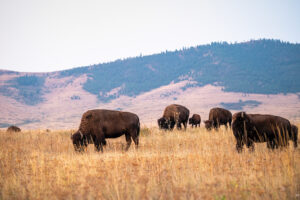 After decades of battling misinformation, the Confederated Salish and Kootenai Tribes recover their lands and the herd. 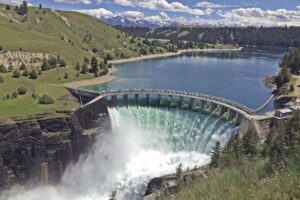 Federal legislation enacted at the end of 2020 clears up longstanding tribal claims over water rights in Montana and provides the Confederated Salish and Kootenai Tribes with a historic $1.9 billion windfall.