With over 93% of natural resource development in emerging economies at risk for land conflict, the global land investment experience has key lessons for India 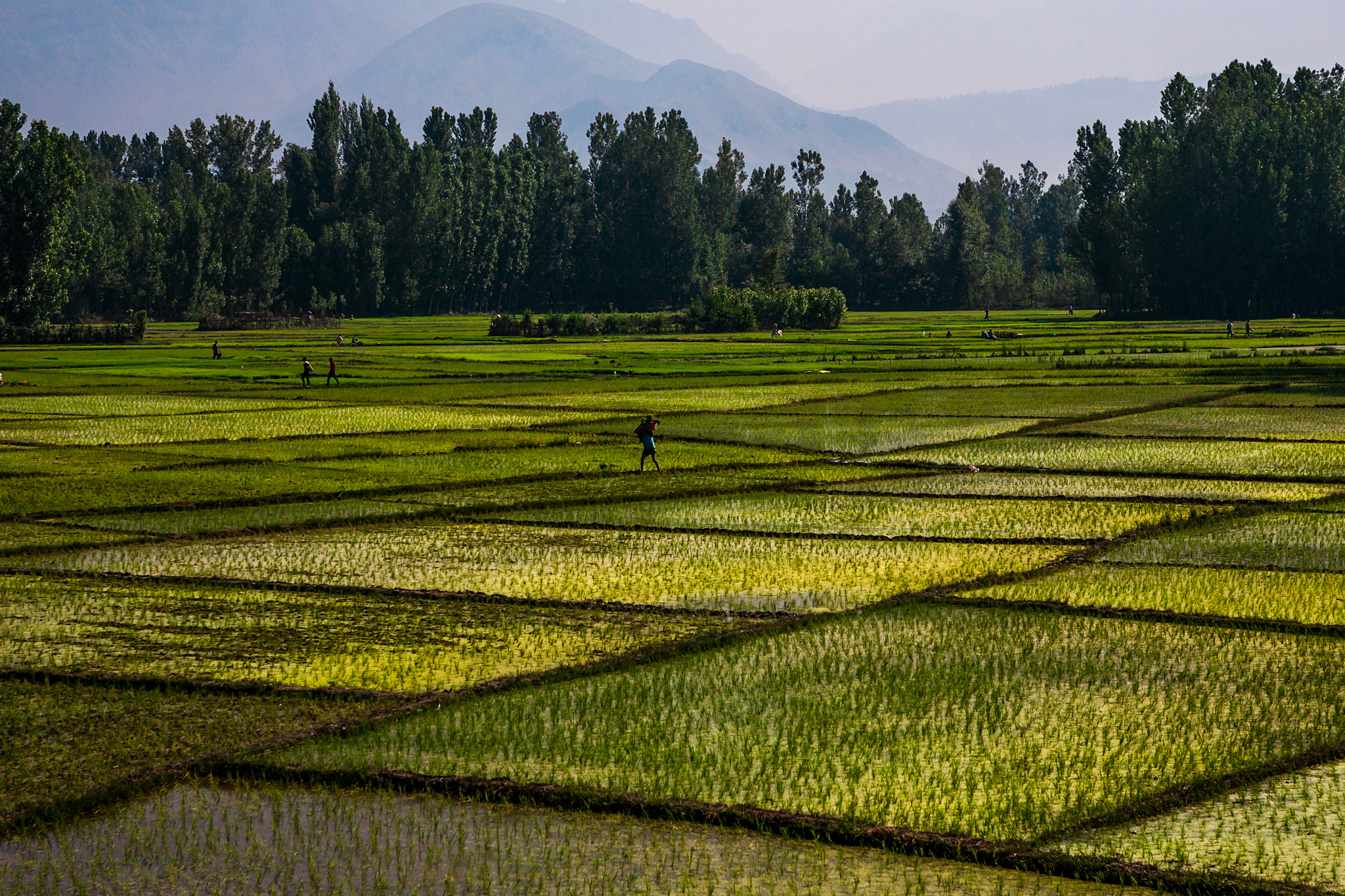 NEW DELHI—India’s private and public sectors, which need land for their industry, infrastructure, and service sector operations, as well as its financial sector, are bearing the brunt of project delays and non-performing assets linked to land rights conflicts.

The issue is not unique to India. Unresolved conflicts over land tenure have been shown to significantly increase financial risk for companies in the infrastructure, mining, agriculture and forestry sectors across the world, according to TMP Systems, an international consultancy that has carried out extensive work on quantifying the risk related to land rights in large-scale projects.

“It does us no good to attract investment in a new rice mill or railroad line only to watch the mill burned down or the road blockaded because their operators failed to engage the people already living in the area,” said Lou Munden, founder of TMP Systems. “Yet it is also unacceptable to see community tension exploited for publicity or political capital, particularly where progress will benefit communities.”

“We consider it vital that often-unrecognized local populations are engaged early on as a kind of counterparty,” Munden added, noting that consent and cooperation by local communities allows for quicker implementation and smoother project operation. He also highlighted the need for land rights clarity to avoid risk that stymies investment globally.

Munden presented his findings at a Dialogue hosted by the National Council of Applied Economic Research (NCAER), India’s largest and oldest independent, economic think tank in conjunction with the Washington, DC-based Rights and Resources Initiative (RRI). The Dialogue was opened by the Honorable Union Minister for Rural Development, Shri Chaudhary Birender Singh. Under his leadership, the Ministry’s Department of Land Resources is spearheading the work on computerization of land records, surveys and re-surveys, and registrations, with the goal of implementing all three activities in each district and covering all districts by the end of the 12th Plan (2012-2017), except where cadastral surveys are being done for the first time.

Minister Chaudhary Birender Singh noted in his Keynote Address “By 2050, the land-population ratio will decline four-fold in India, making it amongst the most land-scarce countries. To meet this challenge, India’s public policy should strike a balance between justice for its land-losers and concerns related to the viability of development projects. It is in everybody’s interest to adequately compensate and rehabilitate land losers in involuntary land acquisition so that besides economic viability, social sustainability is also ensured.”  He also added, “The other question that we need to focus on is proactively creating land markets.  Deep, well-functioning, liquid land-markets, whether for outright sale and purchase or for lease and tenancy and other large numbers of easement rights, need to be a priority for public policy.”

“An evidence-based dialogue such as this is much-needed to resolve one of the more contentious issues facing the development of badly needed infrastructure, manufacturing, and productive jobs in India today,” said Dr. Shekhar Shah, Director-General of NCAER. “The issue of rational and fair land acquisition affects not just corporations or investors and the financial sector, though that in itself is important enough, but also has long-term impacts for India’s economy and whether it can reap its demographic dividend by generating enough growth and employment opportunities for its large numbers of rural and urban young men and women entering the labor force.”

Conflicted land projects are an underestimated source of investment risk for India’s financial sector, which currently holds non-performing assets and at-risk loans valued at ₹5.5 trillion (US$84 Billion). A study released by Rights and Resources Initiative (RRI) in April, 2015, called for an evaluation of underlying regulatory conditions for development projects. Social conflict—and the investment risk it triggers—could be minimized in these projects by involving local communities earlier in the development process.

“The assumption that land without clear ownership is uninhabited is a colonial legacy,” said Arvind Khare, Executive Director of RRI. “There are communities living almost everywhere, and in many cases, they have been living there long before governments came in the picture. It is illogical to not consult these communities on investments involving their traditional lands. It is even more illogical to believe that these communities are against development – in fact, they want development and can indeed be the drive behind development.”

The TMP Systems report also established broad patterns of conflict. One pattern showed that more than three quarters of all conflicts examined occur at the start of a project or when the project expands. Instead of involving local communities at the inception of a project that involves their land, governments and corporations often reach out to them after the plans have been drawn up, begetting conflict that could have been averted.

These conflicts impact emerging market investors in sectors as diverse as mining, agriculture and hydropower, as well as cross-cutting investors like sovereign wealth funds and banks; commodities-driven corporations as they plan their investments in mines, mills and acreage; and insurers who guarantee the performance of those assets through various kinds of coverage.

“Property rights and records in many emerging markets are unclear to the point that ownership of land can be granted by governments and accepted by investors without the knowledge or consent of the people who live or depend on that land,” said Dr. Chris Anderson, principal of Yirri Global LLC and a board Member of the Open Contracting Partnership. He warned companies against exacerbating the risks on such projects. “Far from being an ‘externality,’ land conflicts with local communities can be a real threat to stable returns, in fact, to the whole enterprise and investment, and warrant early proactive attention rather than passively hoping that these issues will ‘get cleared up’ over time,” he said.

Dr. Anderson, who was formerly with the global mining corporation Rio Tinto, is a part of the Interlaken Group, a cross-sector collaboration including international companies such as Unilever, Nestle, Coca-Cola, and Olam. The Group was formed to help companies implement advice from the UN’s Food and Agriculture Organization on respecting land and forest rights. It has just released a new set of practical guidelines for companies and their investors to integrate this advice in their projects.

Recognition of community rights on such lands through laws like India’s landmark Forest Rights Act would transform rural livelihoods as well as advance long-term development. The Central Government has recently directed Bihar, West Bengal, Himachal Pradesh, Karnataka, Kerala, Uttarakhand, Telangana, Uttar Pradesh and Jharkhand to implement the Act. This move came in the wake of Prime Minister Narendra Modi’s directions to the Ministry of Tribal Affairs earlier this year to implement the Act in a “campaign mode” and rapidly give land rights to tribals. An earlier RRI analysis noted that the Act’s implementation was vital for the survival and livelihoods of around 150 million of the country’s poorest and most marginalised citizens. Major examples of conflict arising from lack of formal community rights on customarily used rural and forest lands include Vedanta Aluminum Ltd., which was unable to develop an open cast bauxite mine in Niyamgiri due to fierce opposition by the local Dongria Kondh tribe, and POSCO’s ill-fated steel plant in Jagatsinghtpur.

“Industrial or infrastructural development fails to lead to equitable economic growth when it excludes the economic rights of local inhabitants,” concluded Khare. “The two are inherently tied, and true economic development must empower and enrich everyone involved. Only by securing the legal rights of India’s tribals and local communities on land and forests can we ensure that they will share in the prosperity the Government is trying to achieve for India.”

Learn more about the Dialogue on Land, Conflict, and Investment Risk in India. See a webcast recording of the event here.

RRI is a global coalition of 13 Partners and over 150 international, regional and community organizations advancing forest tenure, policy and market reforms. RRI leverages the strategic collaboration and investment of its Partners and Collaborators around the world by working together on research, advocacy, and convening strategic actors to catalyze change on the ground. RRI is coordinated by the Rights and Resources Group, a non-profit organization based in Washington, DC. For more information, please visit www.randrstaging.wpengine.com.