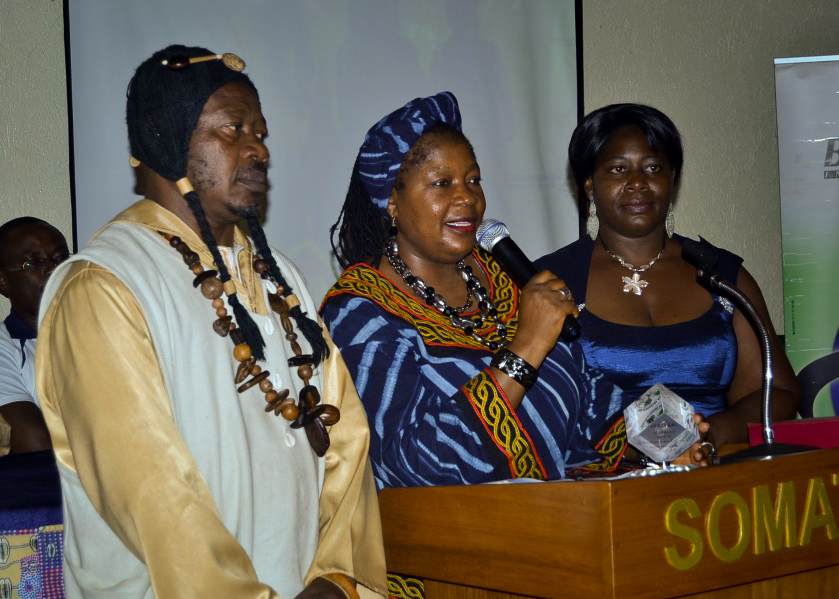 In recent years, a growing mass of Cameroon’s civil society has joined efforts to promote community land rights over exclusionary conservation schemes and colonial models of economic development. RRI’s Cameroon Coalition has been an integral part of these efforts, and was recently recognized for its work by Volontariat Pour L’Environnement (VPE), a Cameroonian NGO. The annual award, Legende Environnementale du Cameroun, Edition 2015 recognized the Coalition’s “efforts toward the consideration of the rights of local communities, indigenous peoples, and women relating to land, as well as the engagement of the Coalition with other actors to advance the land reform process in Cameroon.”

The award recognizes actors from Cameroonian society who have made significant contributions to environmental protection and the improvement of local livelihoods. In this case, it acknowledged the Coalition’s efforts to inform and influence Cameroon’s land reform process and forthcoming land legislation in favor of communities. It was presented by His Majesty Bruno Mvondo of the Cameroon National Council of Traditional Chiefs (CNCT) to Antoinette Pa’ah of the African Women’s Network for Community Management of Forests (REFACOF-Cameroon) on behalf of fellow Coalition members.