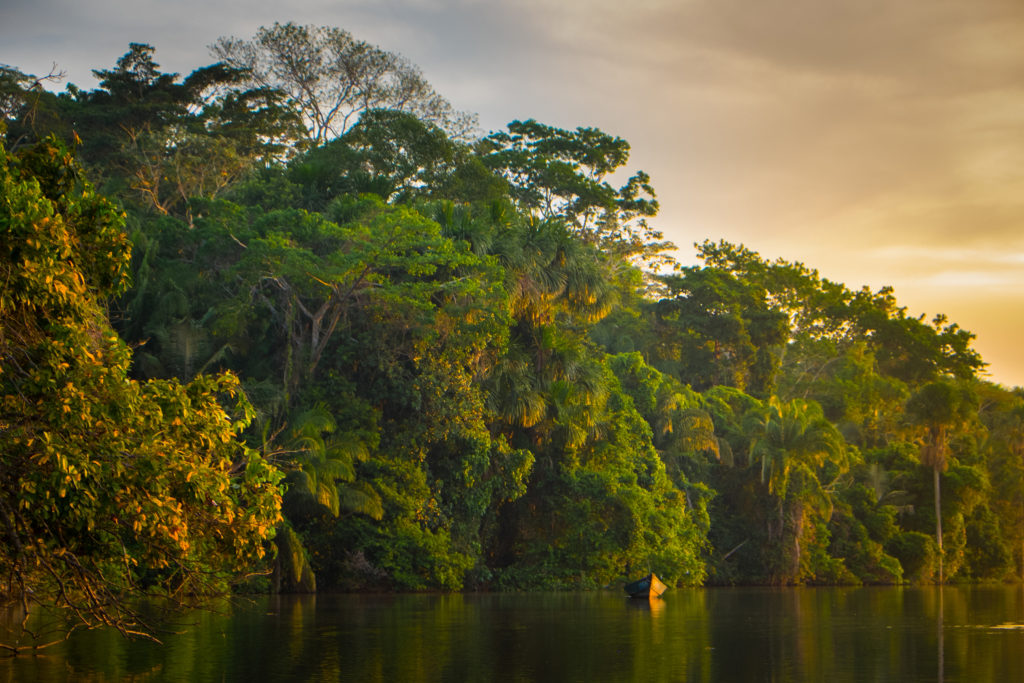 As world leaders gather in Poland this week to hold a critical dialogue on the UN Framework Convention on Climate Change (UNFCCC), the world’s tropical forests ought to take center stage. Ample evidence has shown that the ambitious pledge of the Paris Agreement—to keep global warming as far below 2 degrees Celsius as possible—will be virtually unattainable if the world’s remaining tropical forests are not safeguarded. These landscapes, however, will continue to be in peril until we secure the land and resource rights of the communities who have served as guardians of the forest for thousands of years.

A new report prepared by Rainforest Foundation Norway and partners around the world, including my organization, Asociación Ambiente y Sociedad, demonstrates that the climate commitments of six major tropical forest countries—Brazil, Indonesia, the Democratic Republic of the Congo, Peru, Myanmar, and Colombia—are not aligned with global progress toward preventing a climate catastrophe. In analyzing the Nationally Determined Contributions (NDCs) of all six countries, we found that none are on track to meet global goals to end deforestation by 2030. In fact, only one country, Indonesia, has committed to reducing deforestation below current levels. Brazil pledged to reduce deforestation relative to 2005 levels, but this would not require any additional reductions beyond those already achieved in the past decade. The other four countries pledged only to slow down skyrocketing deforestation rates relative to a business-as-usual (BAU) model.

My colleagues, Angelica Beltran and Milena Bernal, documented the commitments made by our country, Colombia. While Colombia promises at least a 20 percent reduction against economy-wide BAU greenhouse gas emissions, this commitment is not disaggregated by sector, making it impossible to decipher the role that forestry and land use will play in our country’s climate plan. Colombia has promised to clarify these vague elements of its NDC by 2020. However, the country ought to take this opportunity to not only clarify, but also to scale up its ambition to reduce emissions through avoided deforestation and forest restoration. Otherwise, deforestation and forest degradation will persist well into this century, with disastrous consequences for our shared home.

The need for Colombia—as well as every other country in this analysis—to scale up their climate commitments is critical. It is no longer enough for countries to simply meet the terms in their NDCs. Dramatic rises in deforestation, forest degradation, and extreme weather conditions in recent years mean that we must take bold action to close the staggering gap between national commitments and the global imperative to protect forests.

There are proven solutions that can easily and cost-effectively protect these landscapes. Indigenous Peoples and local communities have safeguarded tropical forests for generations and will continue to do so as long as governments respect their rights. Indeed, evidence shows that tree cover loss is dramatically lower within indigenous and community lands—especially where communities’ customary land claims are respected by the legal system. These lands, according to new research, sequester nearly 300 billion metric tons of carbon, 33 times global energy emissions in 2017. Given the vital contributions of Indigenous Peoples and local communities to climate change mitigation, NDCs ought to include land and resource rights as a central component of their land use and climate strategies.

Some countries, like Brazil and Indonesia, do reference rights-holders as critical partners for implementing their NDCs. Others however, like Colombia and DRC, make no mention of forest communities at all. The UNFCCC should strongly encourage states to incorporate the rights of Indigenous Peoples and local communities as a central component of national commitments, while member states must ensure that their climate mitigation strategies are compatible with human rights, including the right of communities to free, prior, and informed consent (FPIC). This rights-based approach will secure both the livelihoods of forest communities and the integrity of the forest ecosystems upon which we all depend.

Future generations will remember how world leaders reacted to climate change, one of the defining issues of our time. Transformative, rights-based approaches must be a key part of our response to this crisis. Our research has affirmed that there is ample space for tropical forest countries to do just that by revising their NDCs to scale up commitments to end deforestation by respecting the traditional inhabitants of forestlands. An approach based on the customary rights of Indigenous Peoples and local communities—the guardians of tropical forests—will ensure that today’s leaders are remembered as climate champions.

About the author: Margarita Florez is a lawyer with expertise in environmental law issues, including the Convention on Biological Diversity, forest policy, as well as Afro-descendant and indigenous collective tenure. She is currently the Director of the Environment and Society Association, a nongovernmental organization dedicated to the promotion and defense of human and environmental rights, and is also a Fellow at RRI.