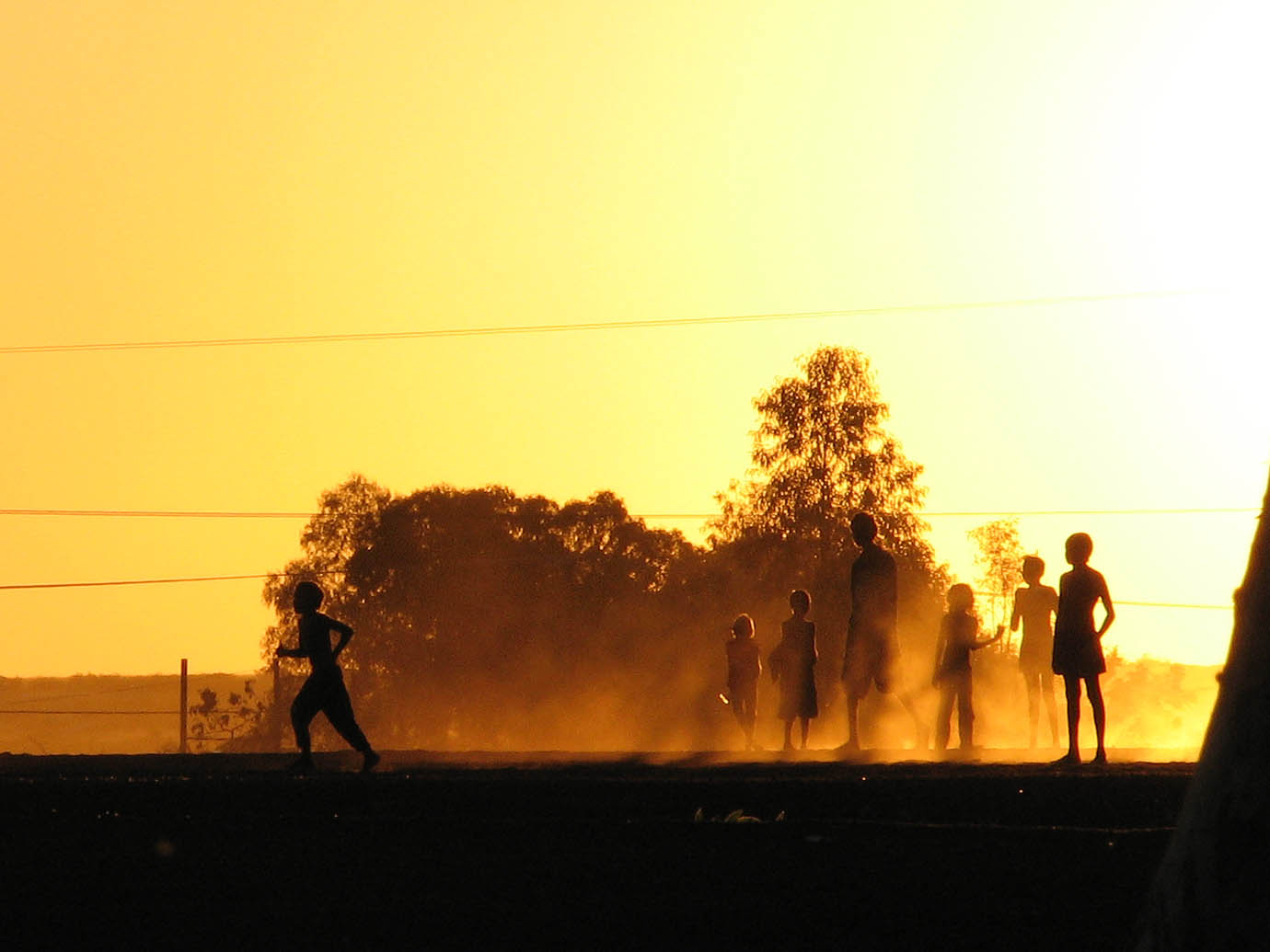 2018 could be transformative for the indigenous and community land rights movement, with unprecedented opportunities for scaling up rights recognition around the world.

Last week, the Rights and Resources Initiative—a global coalition comprising 15 Partners, 7 Affiliated Networks, and more than 150 Collaborators—met in Washington, DC for our annual governance meetings. Two major outcomes resulted from the meetings: we kicked off the RRI Coalition’s strategic plan for the next five years, and agreed on our diverse scope of work for 2018, from developing a land reform gender strategy for the Democratic Republic of the Congo to supporting government and civil society actors in India to scale up implementation of the Forest Rights Act.

In the midst of these discussions, we asked six experts about the biggest opportunities, moments, and potential catalysts for change they see for community land rights in 2018. Here’s what they had to say.

Cecile Ndjebet is the president of the African Women’s Network for Community Management of Forests (REFACOF), a network of women from 8 countries in West and Central Africa dedicated to the collective action of African women to address social challenges as well as political, legal, and economic issues related to forest management in Africa.

On what REFACOF hopes to accomplish in 2018: We have three key priorities in 2018: to adjust our vision, our mission, and our objectives to reflect changes in the environment; to build national platforms for rural women leaders to speak for themselves; and to continue developing programs that improve gender capacities in the Africa region.

This year, we hope to do more trainings on gender capacity-building. Gender justice. Gender and REDD+. Gender and climate change. Anything that can promote gender equality. In the DRC, for example, we’ve received a request from indigenous women to help them map their rights. We hope to implement more programs like this.

On what rural women need to succeed: Currently, rural women have been missing from key discussions because they do not have an organized platform to meet and organize and voice what they think. We need to start by building national platforms for rural women leaders and providing leadership and negotiation training. Then we put these together at the regional level, so that rural women can have representation and can directly participate in any discussion they are invited to.

David Kaimowitz is the director of sustainable development at the Ford Foundation, leading the foundation’s natural resource and climate change work globally. Follow David on Twitter at @DKaimowitz.

On the connection between insecure land rights and conflict: More and more, the issue of collective land rights is being linked to violent conflict; to human rights movements; to movements against the killing and criminalization of human rights defenders. Whereas past conflicts used to be mostly between local groups, these days the main conflicts are between local communities and multinational companies that come from far away.

On the importance of women’s leadership and participation: This past year, we saw more women leaders in high-profile positions. For the first time, women were elected as the heads of indigenous organizations in countries such as Indonesia and Brazil. In 2018, I see gender taking on a more central position in the land rights discussion. Specifically, this includes greater recognition of women’s land rights and forest rights, as well as the need to address the needs of women in areas such as inheritance and participation in collective decision-making.

On preserving culture through conservation: Protecting land and forest rights doesn’t just mean the protection of ecosystems. It is also linked to cultures, languages, diversity, and spirituality—the idea that traditional indigenous cultures are healing our planet.

“Governments want to be known for being trend leaders, not human rights violators”

Nonette Royo is the Executive Director of the new Tenure Facility, the first and only international, multi-stakeholder institution exclusively focused on securing land and forest rights for Indigenous Peoples and local communities. Its six pilot project advanced indigenous rights over nearly 2 million hectares of forestland. Follow Nonette on Twitter at @nonette5.

On governments opening the door to greater land rights recognition: Increasingly, governments are realizing that the trend is to go green, and to be socially and environmentally responsible. Governments want to be known for being trend leaders, not human rights violators. And our role as the Tenure Facility is to affirm this need, and to provide them with support (through good sites or sub-national examples) with opportunities to scale, so that they can truly gain the confidence to learn how to go green and become socially and environmentally responsible.

“New technology is bringing us together, rather than dividing us”

David Ganz is the Executive Director of RECOFTC – The Center for People and Forests, an international organization that supports community forestry in Asia and the Pacific to ensure optimal social, economic, and environmental benefits. Follow David on Twitter at @DavidJGanz.

On innovations that help advance land rights: New technology is bringing us together, rather than dividing us. There’s a big movement in Asia for open data: governments are less able to hide information on land use. One example is the Google Earth Engine tool; making remote sensing more accessible to all. Unfortunately, more and more environmental degradation is showing up on satellite imagery analysis, which is then used as evidence that degradation is occurring as a result of land tenure insecurity.

“I see hope in indigenous alternatives to development”

Anne Larson is a Principal Scientist at the Center for International Forestry Research (CIFOR), a nonprofit that conducts research on the most pressing challenges of forest and landscape management around the world. Follow @CIFOR on Twitter.

On opportunities for greater collaboration: This is where I see hope for 2018: in indigenous alternatives to development, as well as in subnational governments working together with indigenous leaders, federations, and associations to find ways to support new paths of governance (both around government jurisdictions and also around Indigenous Peoples’ territories and leadership).

On new strategies in Latin America: In Latin America, many actors are becoming more open to new strategies for improving livelihoods related to the concepts of “buen vivir” (wellbeing) or the “planes de vida” (comprehensive life plans)—which are not traditional, top-down development initiatives but much more bottom-up initiatives. 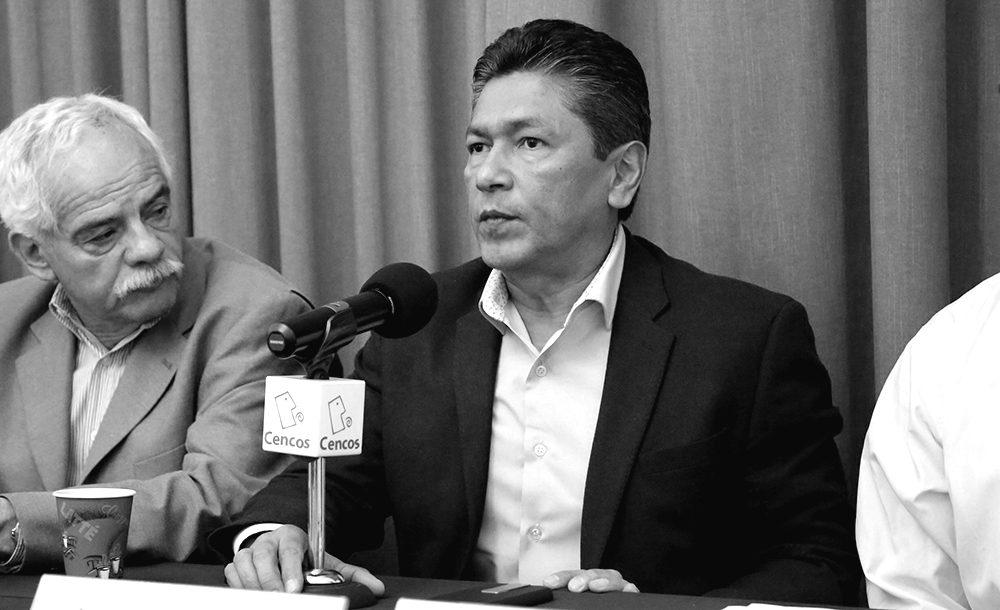 Gustavo Sanchez is a member of the Executive Commission at the Mesoamerican Alliance of Peoples and Forests (AMPB), an organization that works to advance community forestry in Mesoamerica. Follow AMPB on Twitter at @alianzabosques.

(In Latin America, as in the rest of the world, we continue to see an increase in threats and attacks against those who defend the territorial rights of Indigenous People and peasants. Several organizations in Latin America intend to use our networks to create a map of conflicts throughout the region and identify areas of “high priority” where—together with all solidarity organizations such as the RRI coalition—we can develop preventive strategies to protect and support the front-line defenders facing death threats, imprisonment, or forced displacement. These front-line advocates are not only leaders but sometimes entire communities.)