“For those who do not know the history of the Acampamento Terra Livre, we began with very little structure… After 14 years, we now have the largest Indigenous Peoples’ mobilization in Brazil,” an indigenous community member said at this year’s mobilization in April. “Throughout these years, we raised our sons and daughters to continue this fight to protect our indigenous homelands.”

The 15th Free Land Camp (Terra Livre, or ATL for its Portuguese acronym) brought 3,000 Indigenous Peoples and their allies together from all regions of the country at a massive encampment in Brasilia to call for justice for indigenous communities. Participants used the gathering—one of the largest ever—to create and present a unified political agenda before the Brazilian government.

Indigenous women had an exceptionally strong presence at this year’s encampment, organizing the opening ceremony and playing a greater role in the elaboration of indigenous policies. 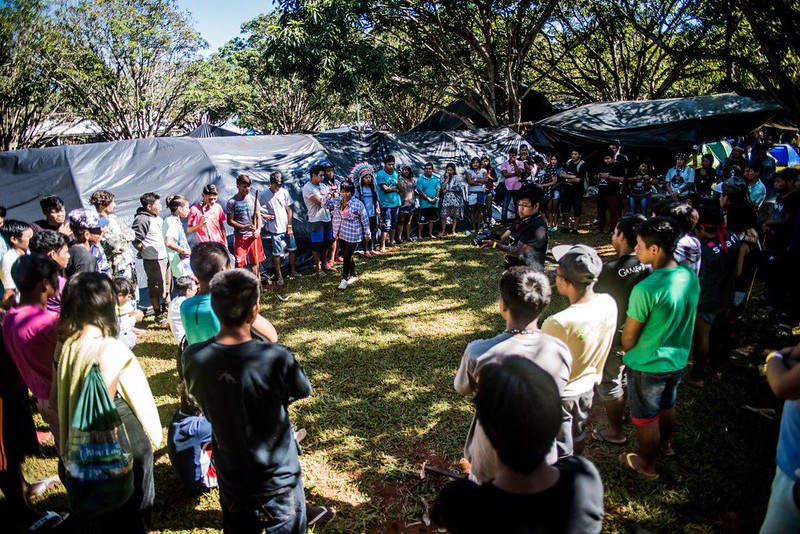 “Many people ask themselves: Where are the women, they do not participate? Why don’t women have a voice?” said longtime indigenous rights advocate Tsitsina Xavante, who attended ATL. “But if you stop and think, where are the women? In the communities, on the ground, taking care of the family, being the provider of culture, the provider of the language and food sovereignty, the provider of social organization and the educational process. I mean, who is the woman? The woman is everything!”

The encampment also served as a protest to what many consider an unprecedented and increasingly hostile attack by the administration of President Michel Temer on indigenous rights, in favor of the country’s rural and agribusiness elite.

According to data from Global Witness, Brazil is rated the most dangerous country in the world for social and environmental activists—a record that has only worsened under the Temer government and a Congress dominated by the rural caucus (agribusiness lobby). Although the country has recognized nearly 200 million hectares of land as community-owned, these gains as well as untitled lands are at risk from development, infrastructure, and agribusiness projects.

The final document prepared during the ATL states: “The original rights over our lands, guaranteed by Article 231 of the Constitution, have been systematically violated by the executive, legislative, and judiciary powers, not only by the complete paralysis of the demarcations of indigenous lands but also by the review and rollback of the recognition of our territorial rights.”

More specifically, indigenous communities raised concerns over a series of government actions that are threatening their lives and livelihoods, including: 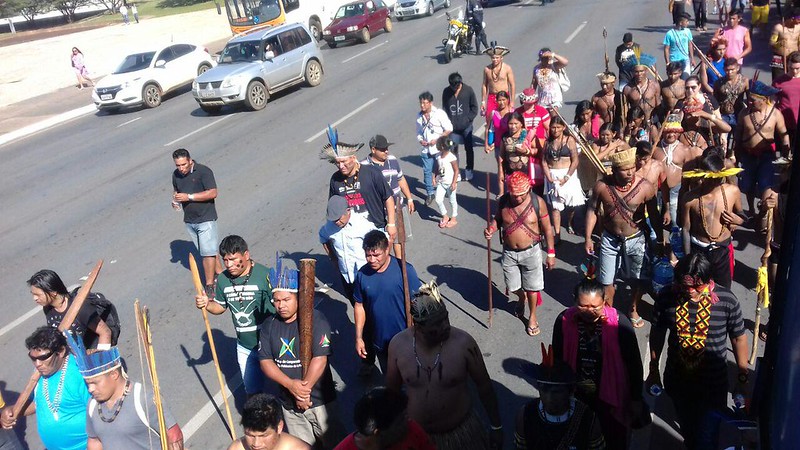 In the context of increased violence and criminalization of indigenous leaders, encampment participants are calling for the state to take concrete actions to correct these injustices, including the demarcation and protection of all indigenous lands, the institutional strengthening of FUNAI, increased investment in health and education serves, and the rejection of legislative initiatives that attack Indigenous Peoples and run contrary to international treaties signed by Brazil, among others.

About the author: Lindsay Bigda is the Senior Officer, Communications and Advocacy at the Rights and Resources Initiative.