Undemocratic and Arbitrary: Control, Regulation and Expropriation of India’s Forest and Common Lands

A compendium of case studies on takeover of common lands in India was prepared for SPWD in order to attempt to fill the gap in the available literature on the subject of land takeover in the country. It represents one of the first attempts to look at this issue at the national level, drawing together local situations and experiences into an overall legal and policy framework. This paper seeks both to present a synthesis of the findings of these studies, reflecting the overall situation at the national level, as well as to discuss possible policy actions that can be undertaken.

Deeper Roots of Historical Injustice: Trends and Challenges in the Forests of India

This book is a compilation of research and analyses from some of the leading scholars and experts on the Indian forest sector. Their analyses take a critical look at the trends that have shaped the developments in India’s forest sector over the past two decades. They analyze key actors, institutions, laws, policies and politics–and unravel the interplay between the factors that influence the direction of economic development and industrialization as well as conservation models; determine the nature and scope of civil rights; and sway policy.

To arrange interviews with the report’s authors, or for more information, please contact:

Conference on Forests and Common Lands: Rights, Conflicts, Forest Rights Act (FRA) and Panchayats (Extension to the Scheduled Areas) Act (PESA)
A set of new reports is being released on December 18th at an international conference organized by RRI and the Society for Promotion of Wastelands Development (SPWD), designed to shed new light on the scope of dramatic, under-the-radar land disputes erupting nationwide. The reports document the historical and structural causes of a recent and significant upward trend in the transfer of extractive resources and land transfer taking place across India—despite constitutional and legal guarantees. An illustrative data-rich map (see left) is also being released. 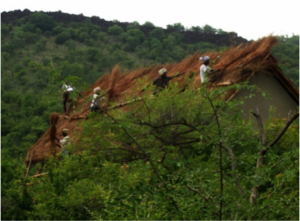 Resources for the Press