This is the second installment in a two-part interview with Paul De Wit, an RRI Fellow and tenure reform expert based in Myanmar. Read Part 1 here.

The views expressed here are those of the interviewee and do not necessarily reflect the views of the Food and Agriculture Organization of the United Nations (FAO) or those of the European Union. 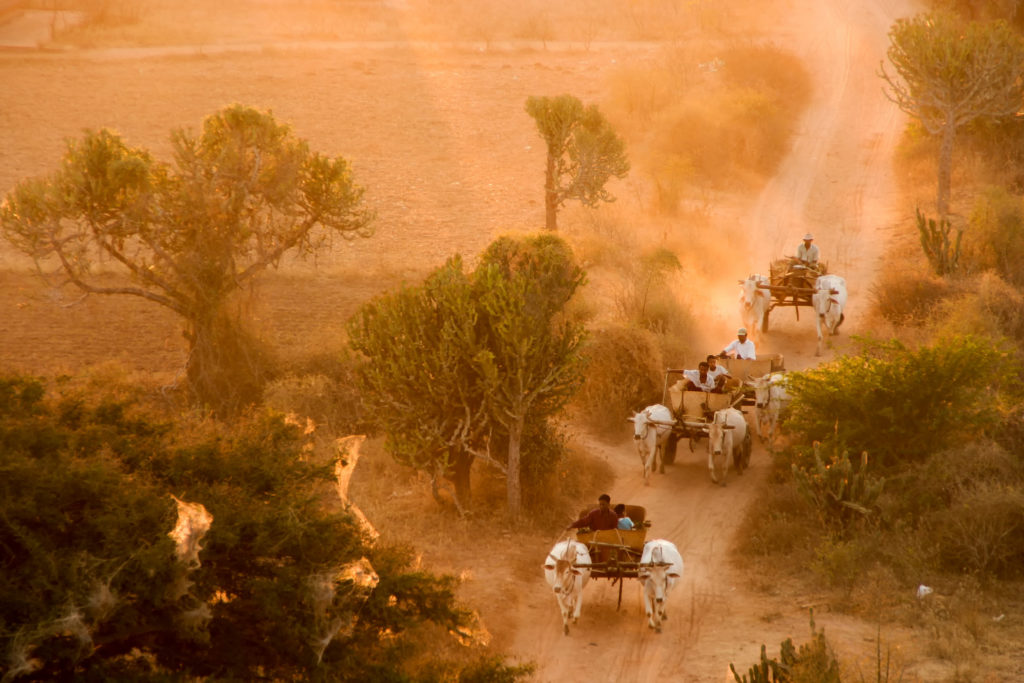 Q: What is your strategy for promoting land reform in support of the new vision of a diversified “Food Basket?”

There are many NGOs, both national and international, that address land issues. They often focus on advocacy work, research related to land grabs, documentation and resolution of land-related conflicts, large-scale land acquisitions, government and military interaction with ethnic populations, forest degradation and illegal logging, and conservation issues. This work is essential for taking land issues forward in Myanmar. However, the nature of these engagements does not always enable collaborative work with public institutions, and sometimes results in confrontational positions with policy decision-makers. These relations are of course exacerbated by a legacy of many decades of military regime and isolation.

Our program engages directly with the government in a constructive fashion, builds bridges with civil society organizations, and uses three ongoing policy processes to address necessary land reform needs. By introducing land reform needs under these processes, all using different institutional platforms, we can ensure that if one such process slows down or encounters resistance, we can address similar issues through another policy process. For example, to mitigate a slowdown of land reform under the National Land Use Policy due to headwind from vested interests in 2017, similar land reform needs were introduced within the Agricultural Development Strategy. In a similar vein, necessary land tenure reform interventions were included under the Multi Sector National Plan of Action for Nutrition. Required reform action under the three processes focuses, in part, on putting into place an enabling legal land tenure environment for the implementation the “Food Basket” policy.

Q: What specific land reform measures are proposed under either of these processes to achieve this?

In fact, the National Land Use Policy gives guidance on several major land reform streams to address the contribution of agriculture to nutrition in Myanmar. One deals with making secure tenure over farmland less dependent on prescribed land-use conditions. This entails applying the principle of free crop choice, and by extension, more flexibility for farmers to convert their lands for different uses as they see fit. Of course, a certain regulatory framework is required to comply with environmental, phytosanitary (related to ensuring goods crossing borders are pest and pathogen free), and other rules.  The second is about extending the limited coverage that the current Farmland Law presents, in order to secure tenure over other nutrition friendly agrarian production systems including agro forestry and shifting cultivation. As noted previously, several of these systems continue to be managed under customary tenure regimes. Hence, the recognition of customary tenure needs to be a major land reform intervention.

Q: What lessons can be learned from the Myanmar experience with respect to policy engagement?

We are using a process of targeting multiple policies. First, under the prior government, a National Land Use Policy (NLUP) was adopted—which was a great thing. It took three years, but it was the first inclusive policy process within which civil society organizations played a major role, and it resulted ultimately in the recognition of customary lands, albeit in policy but not yet in law. So this is one major entry point to achieve land reform.

However, the NLUP was not automatically adopted under the new administration. In fact, it was treated as suspicious as it had been drafted and passed by the opposition. In addition, vested interests channeled through a Parliamentary Commission managed to have a strong critique against it, challenging the need for legal recognition of customary and Indigenous Peoples’ land rights, as well as equal rights for women to land.

At the same time, in October 2016, the Ministry of Agriculture, Livestock, and Irrigation (MoALI) started working on the Agricultural Development Strategy. While the NLUP was essentially stalled, we facilitated a process to introduce the same land reform concepts from the NLUP into this second policy exercise.

Then, over a period of a year, there was strategic advocacy work and backing of the “Land Core Group,” a much respected CSO network working on land issues, to have the NLUP recognized. Importantly too, there was coordinated donor support from EU, SDC, and USAID to explore opportunities to reactivate the NLUP process, resulting in collective success at the end. Through our approach we held some senior-level policy dialogues within and outside MoALI, the results of which ended up on the table of the Vice President. We produced several strong recommendations calling on the current government to acknowledge and adopt the NLUP and to urgently create a National Land Use Council to implement this policy. After one year of collective action, in January 2018, the government created the Council and, by doing so, finally recognized the National Land Use Policy.

At this point, the recognition of customary land management systems is thus a fact, at least in policy. The policy still needs to be converted into a new national land law. The National Land Use Council is creating a Working Committee to start this process. Consequently, implementation will be a major challenge that requires urgent attention. Some pilot projects on better understanding and documenting customary land rights have been implemented, mainly by CSOs, but several outstanding issues remain to be addressed. Once there is enough consensus on a methodology to identify, document, and register a wide variety of customary land rights, legally binding procedural instructions will need to be developed and adopted. In addition, public land administration services will need to be brought on board, probably in a partnership with CSOs, to scale up the efforts.

Major lessons to be learned here revolve around themes such as i) grafting land tenure reform needs onto different policy processes and linking these; ii) seeking complementarity and synergies between CSOs, NGOs, public institutions, international organizations, and donor work, each with their own approach; iii) identifying good change agents; iv) maintaining donor coordination and a single voice to support government; and v) ensuring all of this is well-managed.

Q: How has civil society been engaged in these policy and advocacy processes?

Substantially and decisively. Civil society was very instrumental in the consultation process of the National Land Use Policy between 2013-2015. It resulted in a legal and legitimate vision for future land management. And then, starting at the end of 2016, this process approach was used for the Agricultural Development Strategy. So we now have two examples, two processes, where civil society organizations have played a major role in policy development. And we hope this has set a benchmark for future policy-making and that this pathway for policy development is irreversible. The next challenge now is to convince land administration services, operating under the Ministry of Agriculture, Livestock, and Irrigation I, not to isolate themselves from these processes yet again or just continue “business as usual”—which would be detrimental for the future of the country.

We now have genuine land reform initiatives in two very different countries but both with strong charismatic female leadership: Liberia and Myanmar. Ten years after the start of the Liberia experience, we have had an innovative Land Rights Policy approved, a Land Commission, and subsequently a Land Authority created and made operational. However, the Land Rights Act has been stalled in Parliament for four years now. Major outstanding challenges are for landowning elites, including some traditional leaders, to accept the legal recognition of customary land management systems, not as feudal systems but transformed on the basis of an overarching raft of good governance practices, and thus a strong decentralization of land administration in some democratic format. We hope that those working on  the Myanmar process learn from this experience and that reform efforts can result in a timely new legal and institutional framework that supports overarching processes such as peace building, improving the nutrition status of all its citizens, and making the Food Basket approach a reality.